If you’re new here, you may want to subscribe to my RSS feed. Thanks for visiting!

This is my life….. written, drawn, unplugged, uncensored….. many will love it, others may hate it, it may inspire or it may bore but it is ME. To be FREE I’ve GOT TO BE ME! due to be out in book form soon! 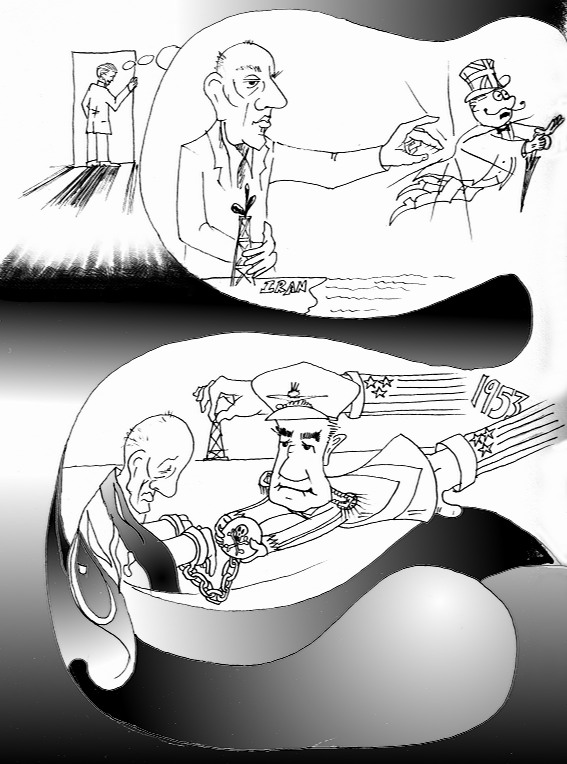 Another Excerpt from my Graphic novel  in progress,

“….He was a supporter of Prime Minister Mossadegh* who was the first democratically elected official in Iran’s modern history after thousands of years of monarchy. This did not sit well with the rich and the powerful (isn’t that the case throughout human history?)  In 1953, the U.S. backed Coup- d’état was a pivotal point in Iranian history. Mossadegh was overthrown by force, placed under house arrest and eventually perished but never forgotten.  In fact, he, to this date is known as the father of Iranian Nationalist movement and is hailed as the most beloved Hero in Iran.  But I digress! 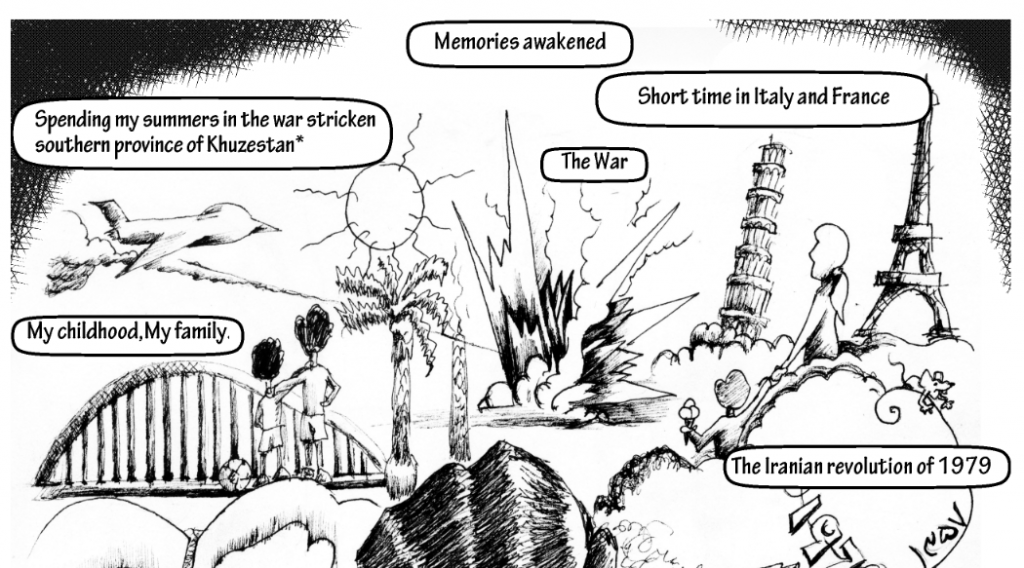 I give Milan and Kian a hug, Excerpt from Kaveh Adel Graphic Novel 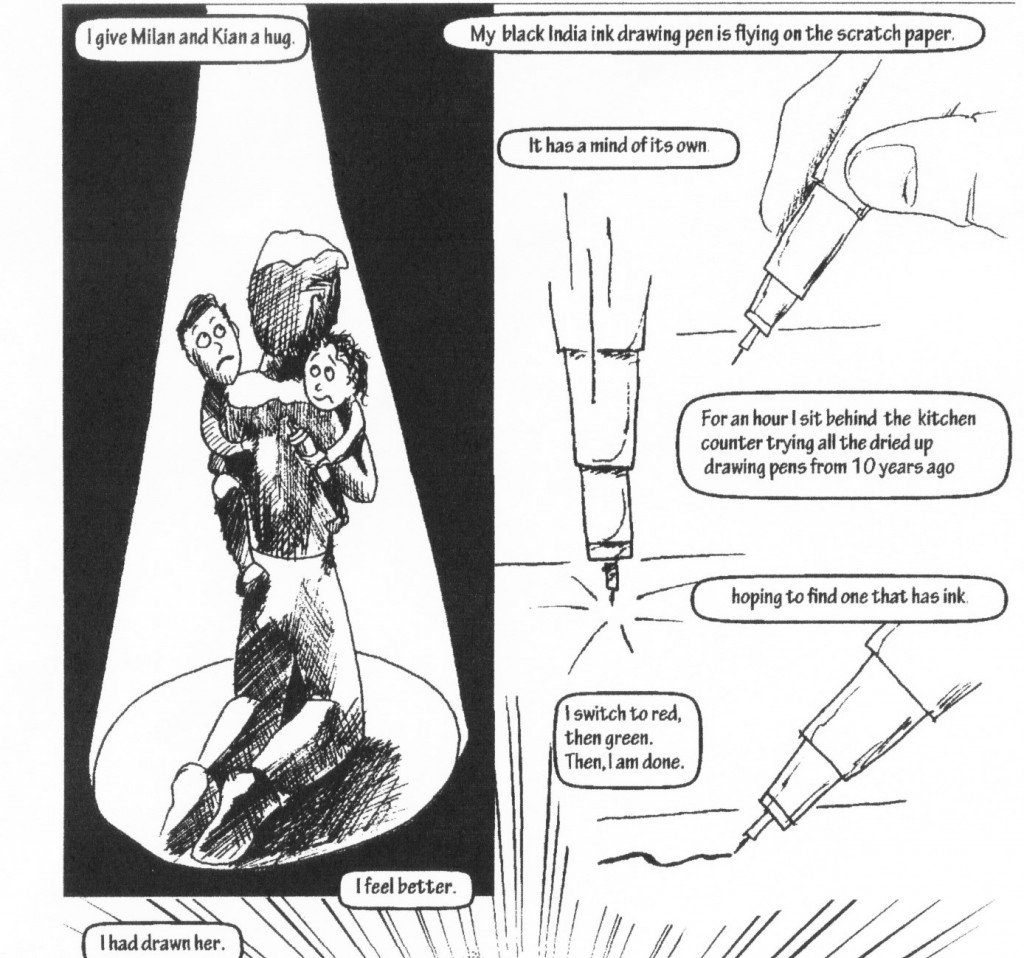 Another Excerpt from my new Autobiographical graphic novel in the works dealing with Childhood in Iran, family, Iran Revolution of 1979, divorce, Iran-Iraq War, toop-e-pelastiky and much, much, more:

My  black India ink drawing pen is flying on the scratch paper.

It has a mind of its own.

For an hour I sit behind  the  kitchen counter , trying all the dried up drawing pens from 10 years ago.

Hoping to find one that has ink.

I switch to red, then green.
Then, I am done. 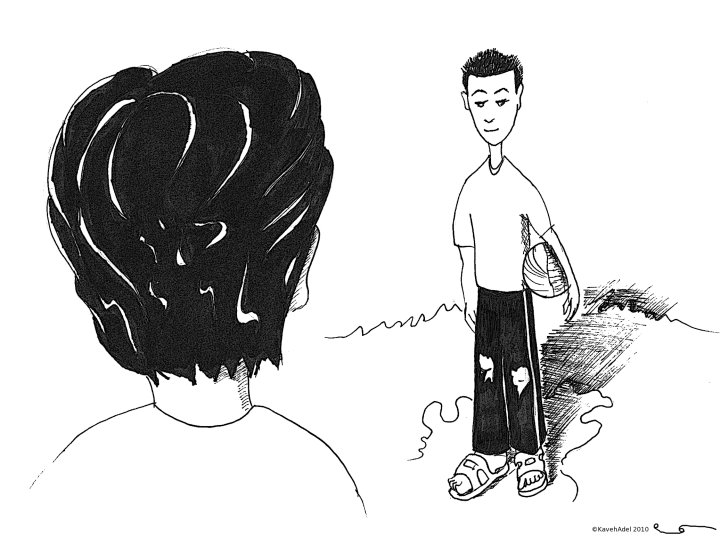 Excerpt from my new graphic/novel in the works:
Halabiabad, South of Tehran, Circa 1979-80…….
“Hey, wanna hit the ball a bit?” he said after cautiously approaching me. He said it like a professional footballer, like the ones we see on TV interviewed after a match.

He had a “toop pelastiky do-layeh” (a soccer ball made out of two balls, one is torn and the other is embedded inside the other–street soccer ball) tucked under his arm.

I gladly accepted because the smell of infection was overpowering in the double decker bus and I much preferred the sewer smell outside….