If you’re new here, you may want to subscribe to my RSS feed. Thanks for visiting! 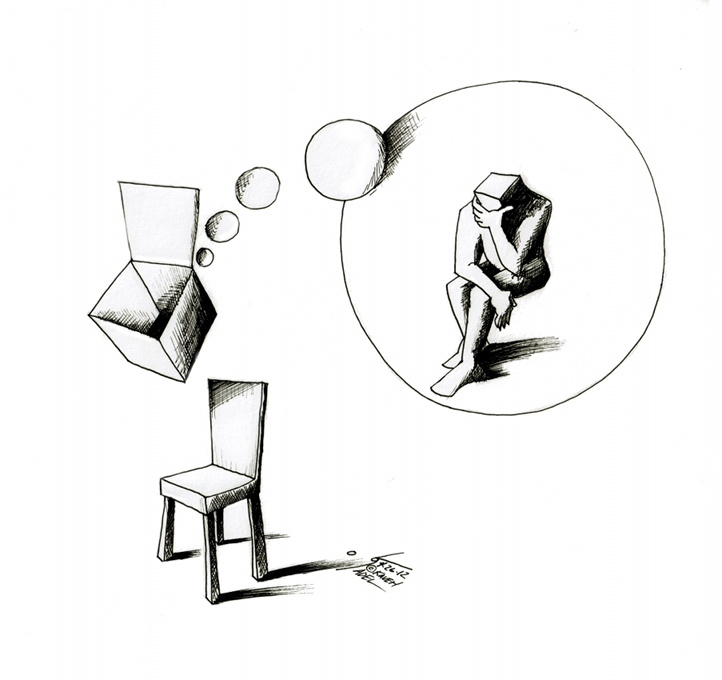 Thinking differently, outside the box,  may either make one a prisoner within one’s own mind or an outsider to the rest of the world.

I choose to celebrate such uniqueness.

See the Cartoon titled: “Thinking outside the Box” on Facebook. 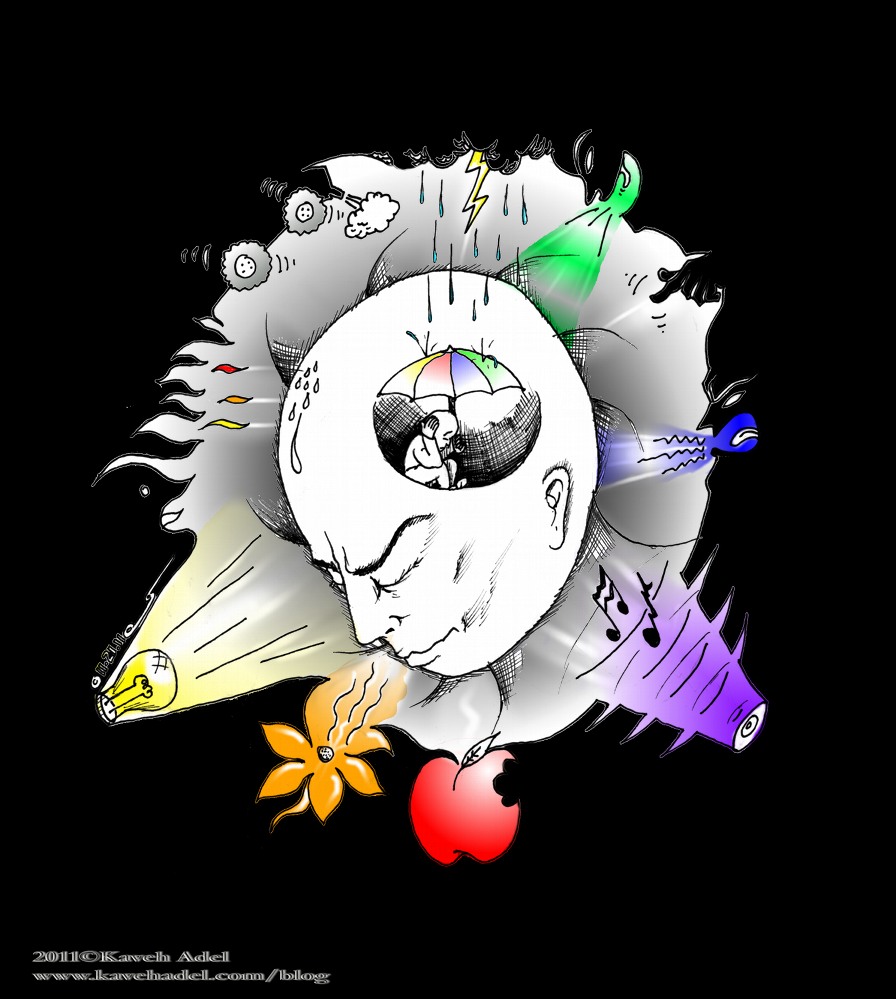 I was asked by a friend, John Scott Holman, to draw a sketch interpreting the “Intense World Theory”  as  a new emerging and unifying theory explaining Autism spectrum. He recently interviewed  Kamila Markram and Henry Markram on the site Wrongplanet.net (a must read)

This my interpretation after reading the insightful original research  article by Kamila Markram and Henry Markram.

John Scott “Scotty “Holman is also doing an interview to help shed light on this in terms easily understood by those less familiar with scientific lingo. Here is the link to his interview. He writes actively for Autism Speaks and also on his Facebook Fanpage.

It seems befitting that a theory that is unifying scientific community in dealing with Autism can help educate and unify all of those who seek a better understanding for themselves and their loved ones. 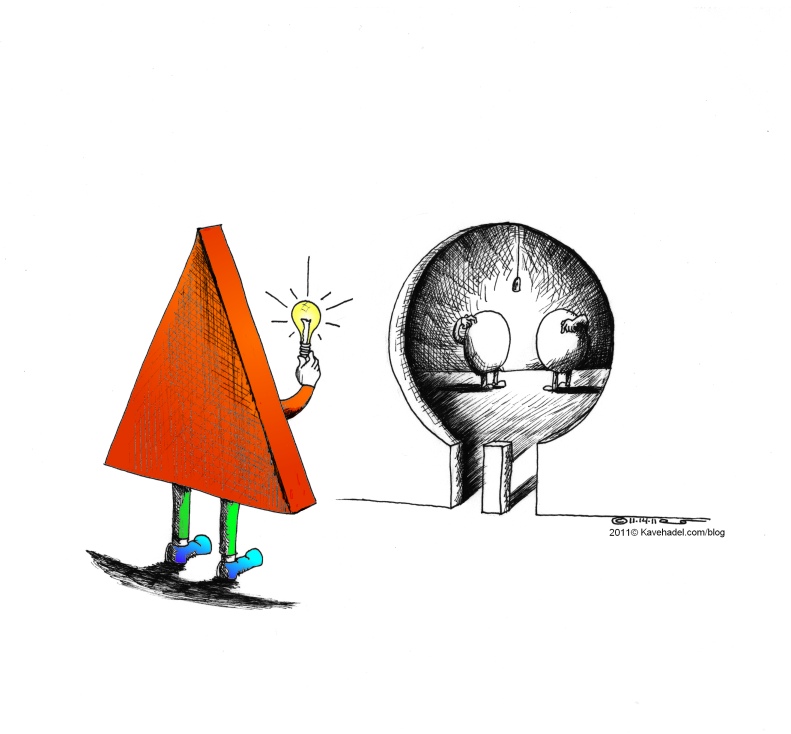 Each person is unique and is not like another.

One unique mind can solve a problem created by others.

Uniqueness is a gift, if allowed to be expressed.

“The significant problems we face cannot be solved at the same level of thinking we were at when we created them.”

And to that I say, maybe the solution must come from those who think differently. 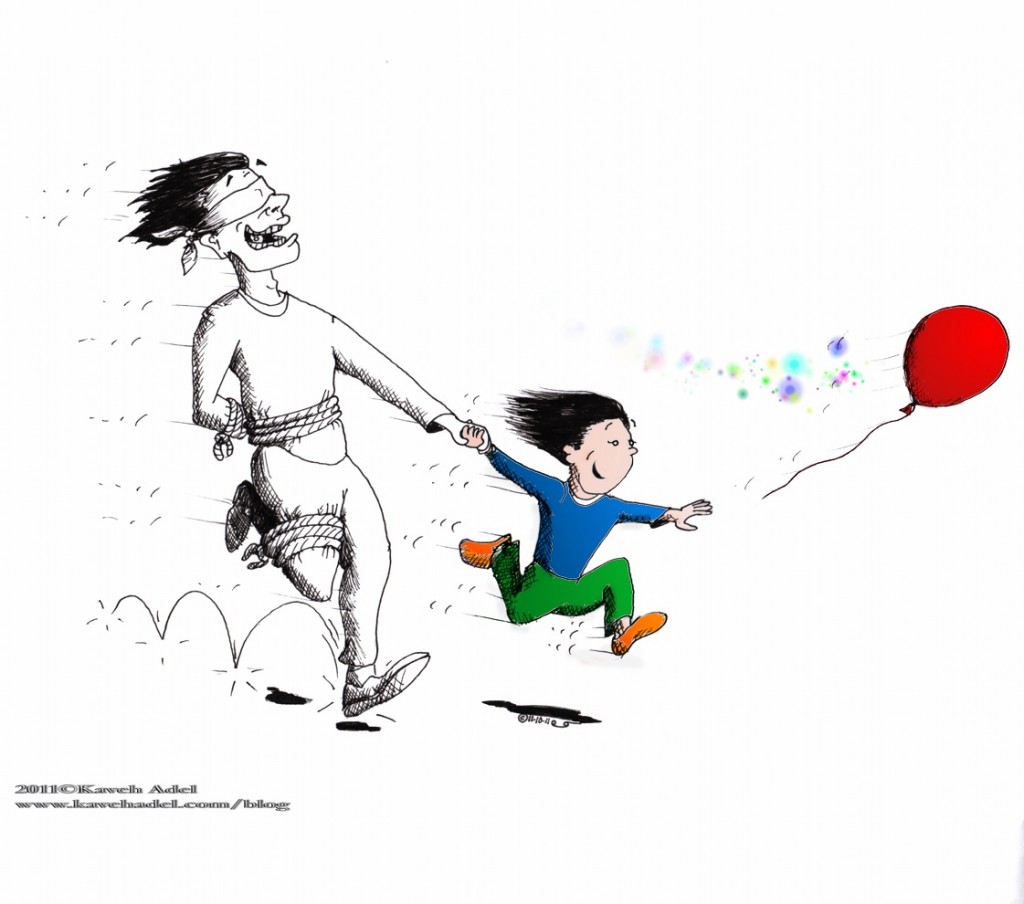 I often liken being a parent to:

hopping on one foot with blindfolds,

one hand and one foot tied behind my back

by my enthusiastic, loving child!

and be a child again.

Adventures with Aspergers Cartoon: “Look Outside” 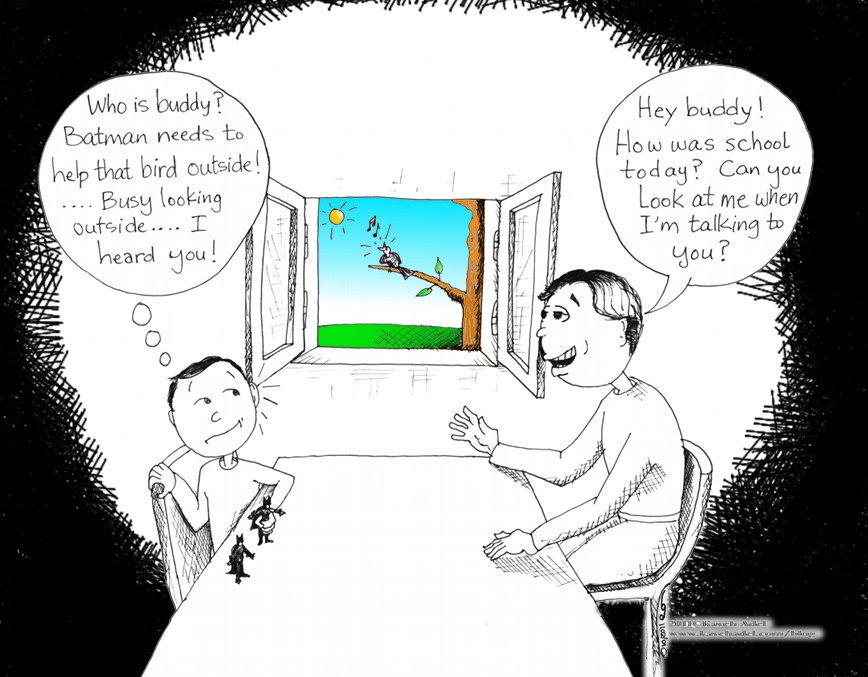 This is my first cartoon in my new series “Adventures with Aspergers” and most likely will be one of many many more to come.

I understand the stigma attached to labels as well as the uniqueness  of every individual who is on the Autism spectrum. Most people have a visceral reaction to it much same way the Scarlet letter “A” was put on women.  The only commonality is alphabetical!

Nothing could be further from the truth nowadays. Me, I choose to celebrate this “label” as it is an instrument to empower each and every individual and those who love them dearly. Each one has an ability that is hidden since other external idiosyncrasies automatically turn off those who do not understand them. But it is absolutely unique, beautiful and down right amazing and it just needs to be celebrated.  Just look at Temple Grandin.

If it was not for idiosyncrasies we would not be able to solve problems from a different point of view.  Emphasis on DIFFERENT. Fitting into a standard deviation is no longer acceptable.  Steve Jobs, may he rest in peace, said something that gels it for me.  He said, “Don’t let the noise of others’ opinions drown out your own inner voice. And most important, have the courage to follow your heart and intuition.” Being Different and celebrating it certainly brews confidence and “drowns” the voice of ignorance.  Onwards.

I aim to educate and shed light on Aspergers, which is the more functional end of the Autism Spectrum. There are debates among Scientist, Doctors, therapists, parents, patients and even those who just like to have an opinion about anything on how to categorize this.  I wish to educate through humor, sometimes dark, painful to admit, other times silly. I rather not get bogged down in the categorization. I find that it slows the process of moving forward sometimes. There is a usually something there hidden behind what we see and hear and it is ONLY when place ourselves in their shoes and see and hear things through the others’ eyes and ears that just maybe we are able to UNDERSTAND them better.  We all can be so quick to judge and fit them into a box but what will that accomplish? I guess it is the easy way out for some and it may not be for everyone and I am OK with that.

Ultimately, understanding leads to love and each and everyone deserves to be Loved and celebrated.

So here we go with the first installment. Feel free to comment and share your ideas for more cartoons or ways to help bring about understanding.