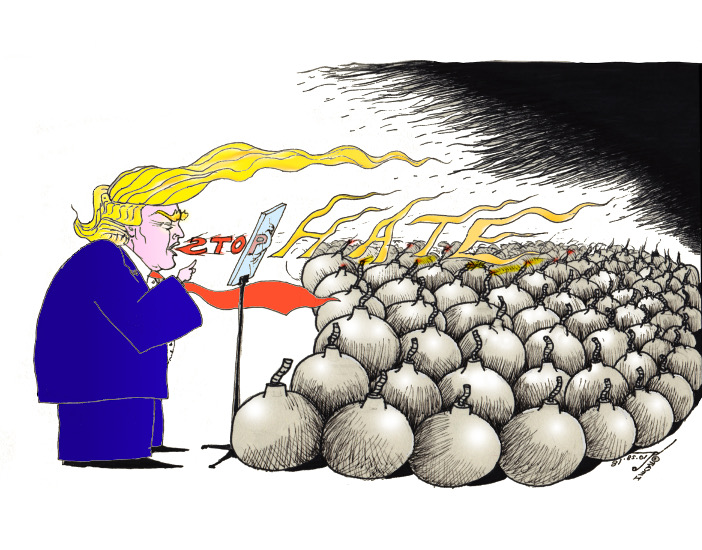 Gun violence leading to massacres specifically against minorities as seen in Pittsburgh synagogue attack and  Kentucky in past 3 days in the America and also the pipebomb threats against Democratic politicians and civilians have been trends that are on the rise.  This is not by accident, it has to do with h our words and how they matter and also our integrity and sincerity attached to them. We can are taken seriously even more those of us in the position of power.  The words change yet the true intentions do not as evidenced by  undermining/marginalizing/polarizing a groups of people in one speech and in another condemning the violence created with those words.

We can not say teleprompted words and then say and do the opposite, igniting those who already have prejudices and who WILL interpret and act on those words. Those individuals or groups are not respectable people.

Integrity. Hard to come by nowadays in this world.

To humanity and waking up from the nightmare of division and hate.