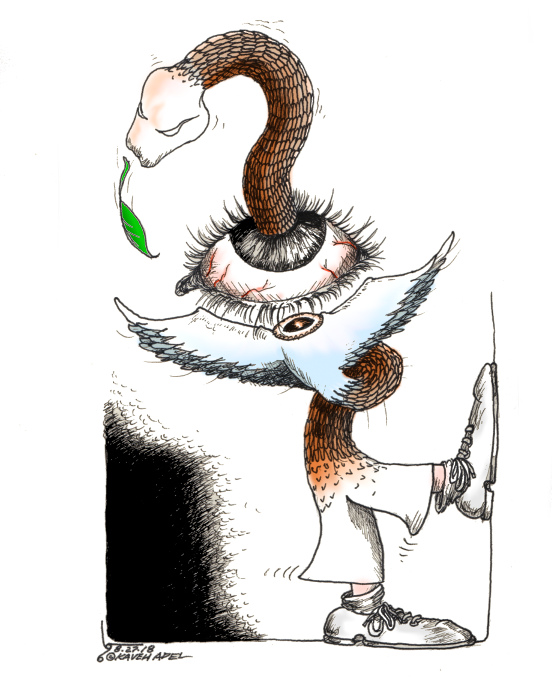 More than a month ago I was sitting at a coffeehouse contemplating my next step in a drastic change in my life after 18 years yet the state of world politics was also heavily on my mind.

I decided to roll with whatever that came to my mind while I merged my own steps forward with the choices people around the world and specially in the U.S. are faced with.

I thought about Political prisoners looking at their cell walls in solitary confinement.

I thought about animals needlessly being murdered to feed us, humans.

I thought about immigrants traveling thousands of miles to a new land facing the unknown, at times being labelled as serpents to the growth of their new home.

I thought about the symbols and how they can be easily exploited.

The more I thought, the less I thought about me.

And then I stopped and let this sketch sit for over a month. Tonight I colored it  because I felt it was the right time for it to find its way to the corner of the eyes of those who might find meaning in it.