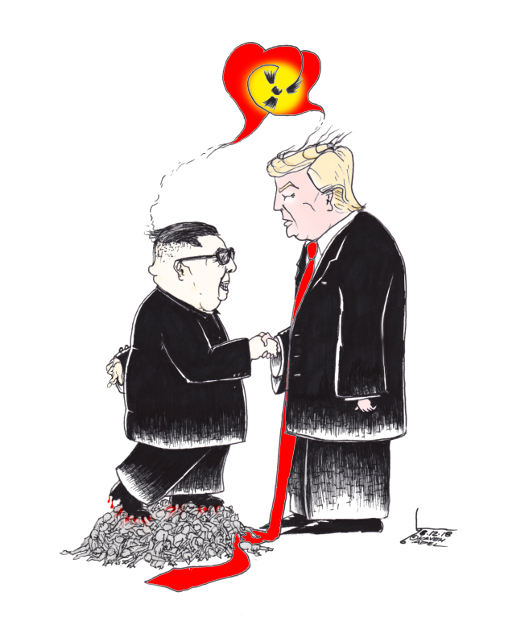 President trump and Kim Jong-Un met in Singapore in what could be called a historic summit. Maybe a love affair between two dictators who appreciate and are easily swayed by finer material things in life not including stroking their own egos. It remains to be seen if any concrete and substantive changes will occur in  North Korea considering that  the dictator’s heavy handed slaughter of his own people seems to have skipped Trump’s mind. He called Un “very talented.”  Apparently a dictator finds another dictator’s tactics in murdering his own people to keep power  talent.

To peace and sanity,