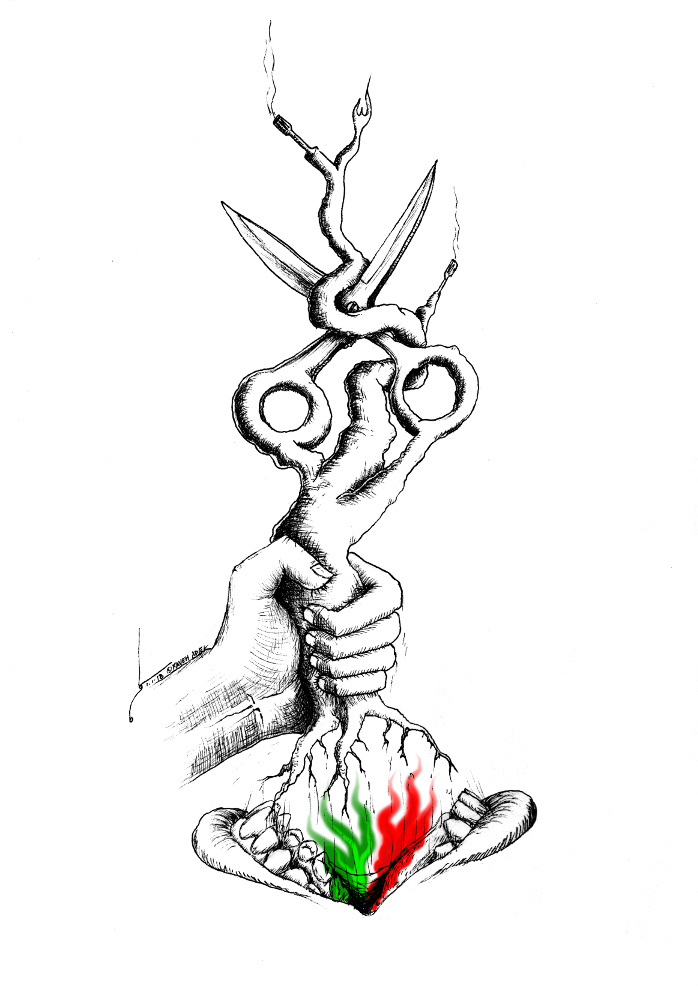 My first cartoon for 2018 starts with hope for Iranian people.  Many have have taken it upon themselves to voice their discontent with the economic state and increasing pressure on them to just live despite the promises made y the government.  This may be a spontaneous uprising or a well orchestrated ploy by the hardliners to discredit the reformists in power in Iran.  The fact is that under either group who have the same root in the Islamic Republic ideology (one is extremely brutal and heavy-handed, the other is a nicer version that relaxes the pressure but does not accomplish meaningful change) people have not prospered, only the elite who are in the system.

It remains to be seen if these uprisings are sustainable. Yet there are similarities to the events that lead to the downfall of the Shah in 1979. People were disgruntled with the corruption and their lack of personal prosperity across all classes. Business and the Bazaar shut down in all the cities around the country and eventually brought the government to its knees coupled with the military turning on their superiors to side with the people. If this happens now, then no amount of violent response from the Republican guards and the Basij will be enough to stop the people.

Unfortunately, there have been civilian fatalities as well as arrests that complicates the government’s plea for calm.  The question then becomes, Are the people no longer accepting the reformist’s platform? It is a precarious position for the regime in Iran indeed.

To peace and love in Iran and it’s beloved people,