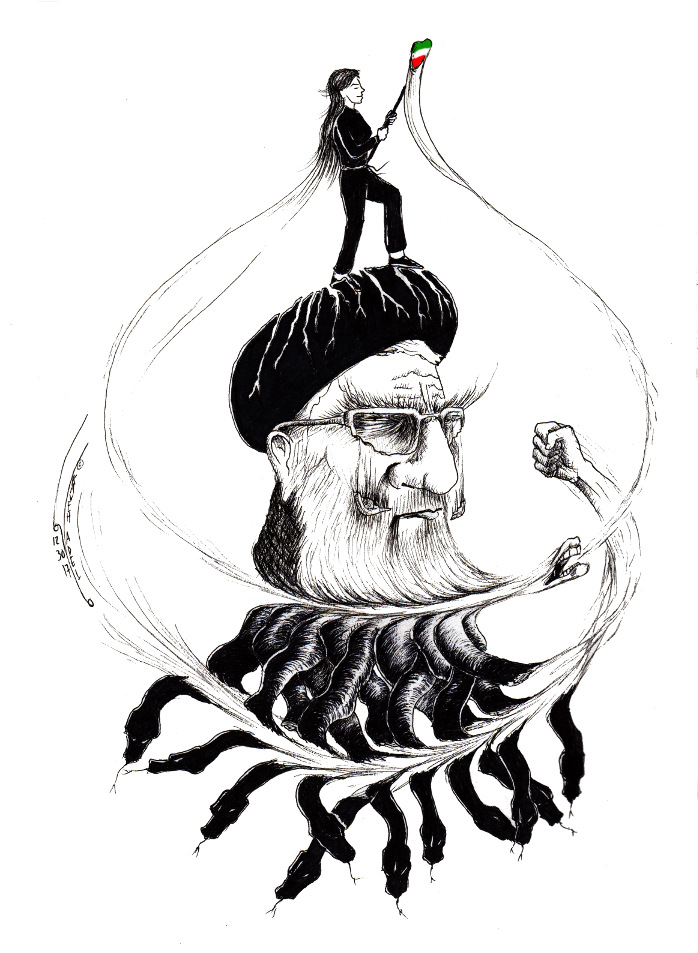 As my last cartoon for the year 2017 it is befitting that I draw about my birth land and the turn of events on the past 3 days that have ignited feelings from my childhood living in Iran through the 1979 revolution where I saw the crumble of the Shah and the beginning life under a theocratic, Islamic and oppressive regime under Khomeini and the Mullahs.

I share my thoughts here and my hopes for a better future for Iran where majority of family and many of my childhood friends reside and struggle to live in hopes for peace and prosperity. People have been demonstrating in the streets in the holy cities of Mashhad and Qom (and many others ) against corruption, increased cost of goods and fuel, and much more. Slogans range from return of the monarchy, ousting the dictator, patriotism, and more. The part that does not sit well with me is many compatriots and agencies alluding to foreign help (U.S. and specifically asking for Trump to intervene!) Historically, this has not worked well for Iran (1953, 1979) I understand the excitement in diaspora yet do not share the enthusiasm for war and bloody revolutions backed by foreign hands….. I am a survivor of the Burnt Generation and the last thing I want to see is the same fate for my family and friends in Iran as we see in Afghanistan, Iraq and Syria

See the Cartoon titled: “The Crumble”  By Cartoonist, Kaveh Adel on Facebook
2017©KavehAdel.com