Cartoon The Art of the Grab 2017 Kaveh Adel Cartoonist 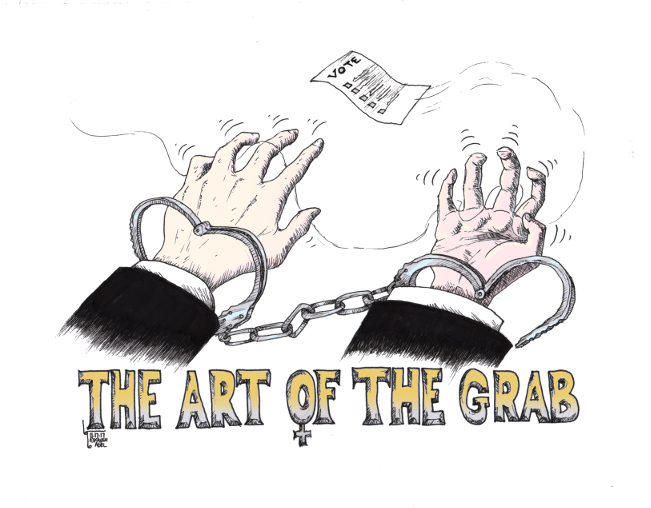 Thanks to the brave victims of sexual harassment coming forward  more and more stories are coming into light.  The take away is that these acts have consequences and no one is immune from full application of laws protecting the rights and personal privacy of individuals. No one, no matter how powerful.

It remains to be seen if the judicial system has loopholes to prosecute some of the offenders yet be lax on others.  The only saving grace is that in a democracy (if it is a true democracy) such inconsistencies are are caught and dealt with through the vote by the people.

Harvey Weinstein, Kevin Spacey, Louis C.K. , Donald Trump, Al Franken and so many more have allowed their status to bring out the ugliest traits in humanity.  Is there a gray area? In my book, violating the space and integrity of another human being draws a clear line.  Such people should not be in power…..

See the Cartoon titled: “The Art of the Grab”  By Cartoonist, Kaveh Adel on Facebook
2017©KavehAdel.com