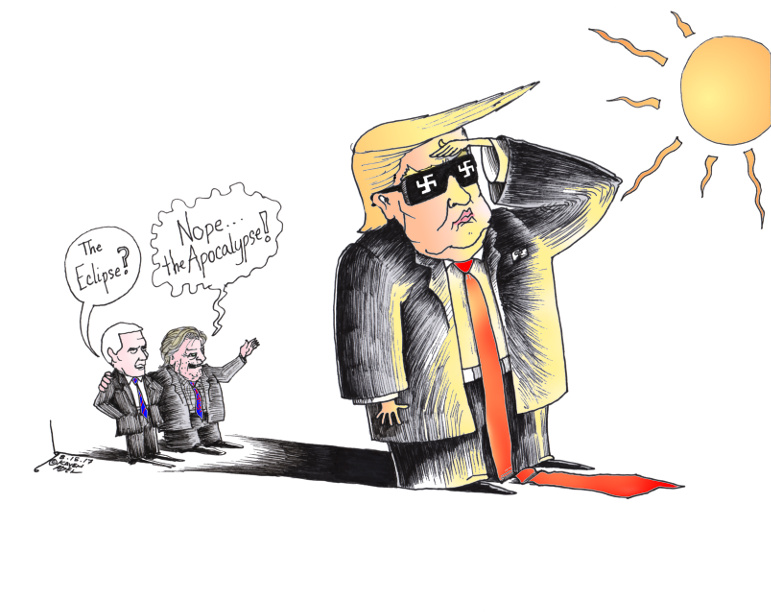 President Trump went rogue today at a press conference and walked back his prepared statement to his initial ad lib remarks about blaming all sides in the Charlottesville incident.

With the Solar Eclipse fast approaching in less than a week (next Monday August 21st, 2017) in North America, Steve Bannon (who may not have a job by then) and Vice President Mike Pence (may become the next President if Trump continues on his unhinged tour) are preparing for Trumpapocalypse.

May Earth and her inhabitants dodge this lune,