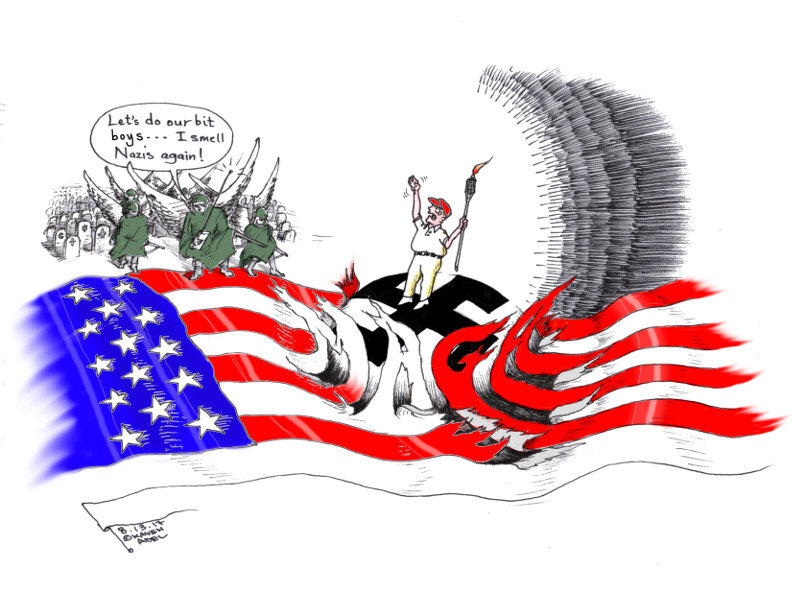 The events in Charlottesville is a grim reminder that smell of Nazis and supremacist is fresh in this great country, the United States of America.

Thousands of Americans, brave soldiers…. angels who gave their lives to free Europe and the world from the tyranny, bigotry, hatred and racism spewed by the Nazis and their symbol, the Swastika during World War II. Many of those souls may have been the grand fathers and or great grand fathers of  some of those who were waving the Nazi and supremacist flags in Virginia.

The White Supremacists and Nationalists were emboldened by President Trump’s “Make AMerica Great Again” (MAGA) slogan during his campaign and felt that ehy were going to get their “country back”…… From whom?

Many lit Tiki Torches (like the burning torches the KKK used) and wore the same outfit of the President and gave the Nazi salute.

America is a young country that has accomplished amazing feats in its short inception in comparison to many other countries, yet it has its growing pains…. many of which are buried under the surface and need to be healed and remedied with understanding and education.

We have work to do.

We are better than this.