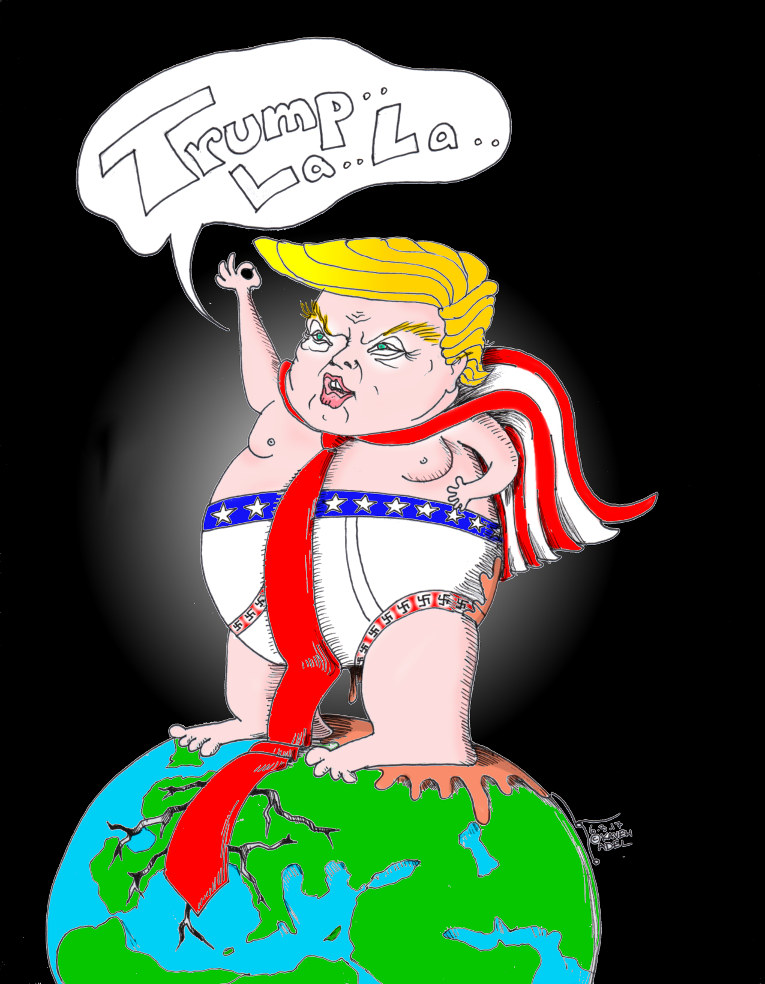 I am a big fan of Captain Underpants graphic novels by Dav Pilkey.

The super hero is under the spell of two fourth graders who transform a mean principal to an unlikely superhero…… a rather stupid one. He says “Tra La la” to announce his entrance!

Not unlike the current president of the United states  setting the world aflame with derogatory and unintelligible views and remarks about the world.

We shall call him Captain Trumpypants. Trump la la… it is.