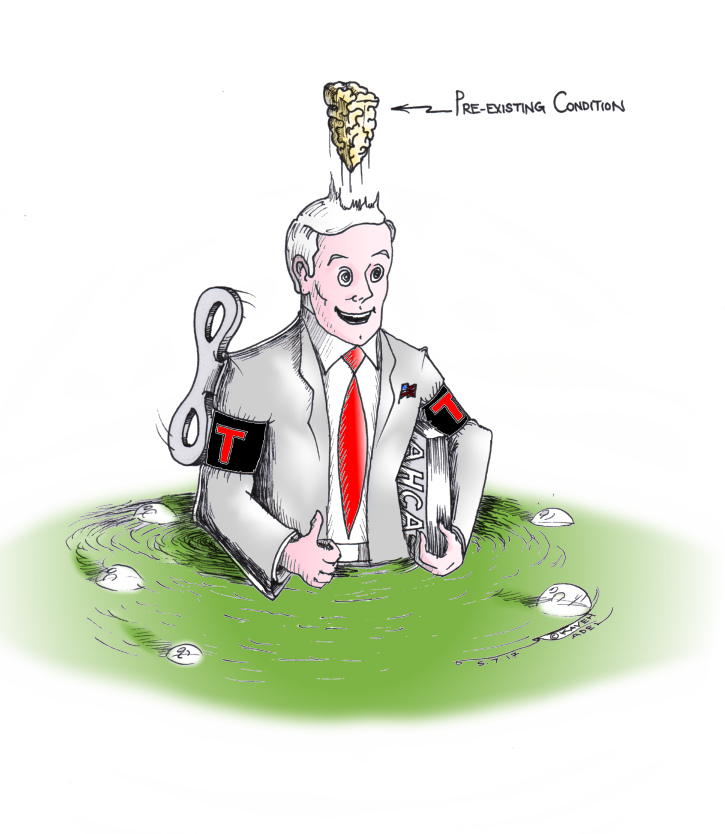 With the close passing vote for the AHCA (American Health Care Act) by the house of representatives in the U.S. Congress to dismantle the Affordable Care Act it is now up to the Senate to weigh in on and scrutinize this attempt to repeal the law.

It is quite disheartening to see and hear that many of the representatives did not even read the bill they signed deferring the reading part to their aides. It is as if their left Parietal lobes had been temporarily removed that may become a pre-existing condition for their future problems.  But no worries their health care plans will not be touched by the law they proposed.

Also, in the current climate it is alarming that the road to becoming a self-serving, Partisan representative/politician is paved by skipping reading everything related to the people one swore to serve, pretending to understand it, then pass laws without a clue about how they will affect/harm them. Stand behind the figure-head of the party with a smile and then gloat. Floating and eventually drowning in the swamp.

A great Prototype for a Partisan Politician.

At least midterm elections are not too far away!