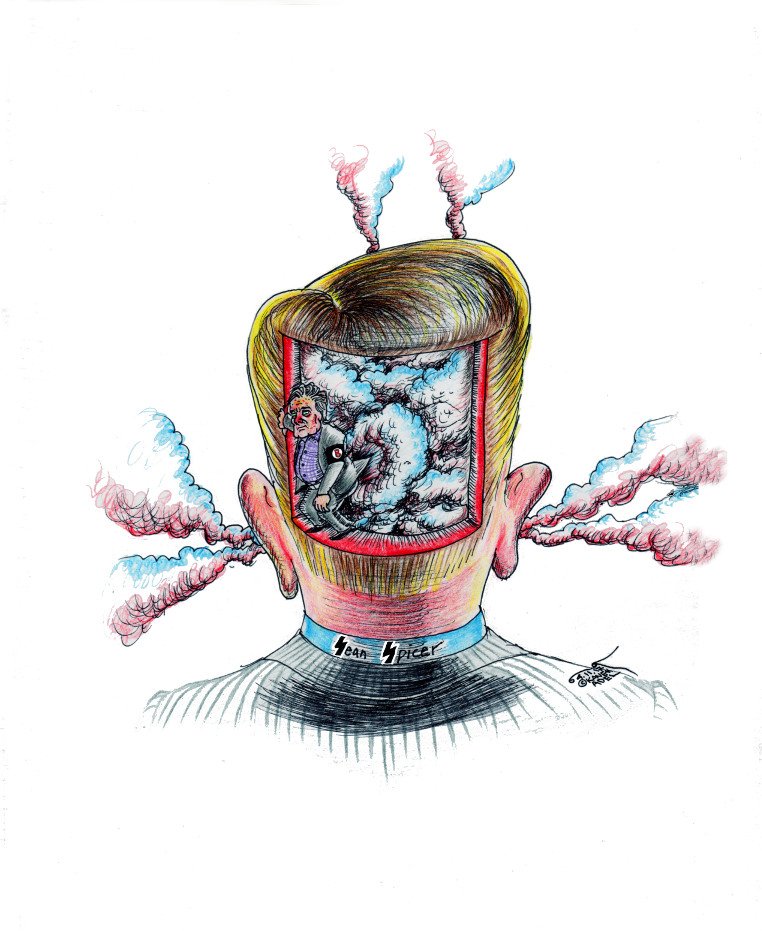 “We didn’t use chemical weapons in World War II, You know, you had someone as despicable as Hitler who didn’t even sink to using chemical weapons….I think when you come to sarin gas, he was not using the gas on his own people the same way that Assad is doing,” Also referring to the concentration camps where millions were lead into gas chambers as “Holocaust Centers”

I believe Spicer’s head is full of Gas.

I don’t have any other words.

I sincerely wish for humanity to seek education, tolerance and comprehension.