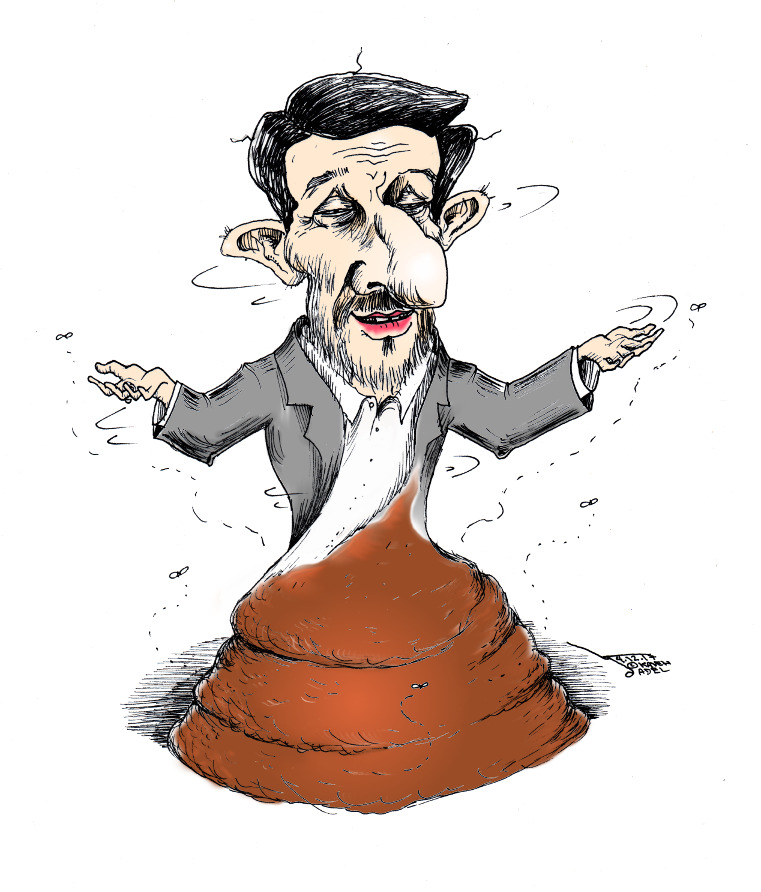 The Ex-President of the Islamic Republic of Iran, Mahmoud Ahmadinejad (AN) once again put his name in for another run for presidency.

It seems as though he is testing the strength of the Supreme Leader, and soon to pass, Ayatollah Khamenei.

Either way, people of Iran have already seen 8 year of AN and his election is all but unlikely.  But that’s what the odds for Trump were and here we are. Maybe AN knows something that most people do not!

If you believe in God Pray for Iran!

See the Cartoon titled: “Rise of AN (Ahmadinejad)”  By Cartoonist, Kaveh Adel on Facebook
2017©KavehAdel.com