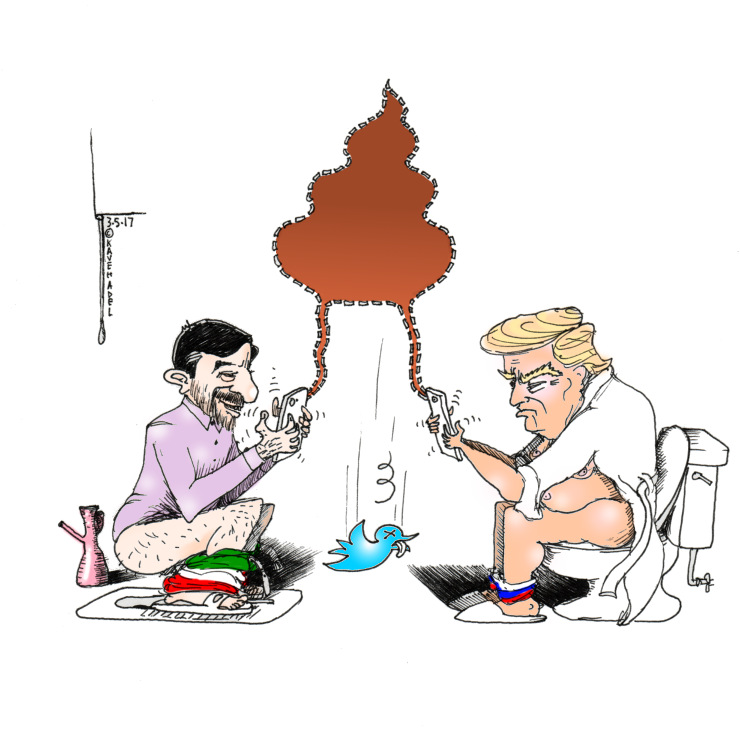 Former president of the Islamic republic of Iran, Mahmoud Ahmadinejad, has returned to twitter despite the fact that Iranian citizens are banned and blocked from using it.  He has already begun his alternative reality narratives.  Interestingly the acronym AN (referring to his last name AhmadiNejad) literally translate to S#!t in Persian!

That’s not so different from the current president of the United states of America, Donald Trump, who happens to tweet in the late hours of the night–most likely while sitting on the can.