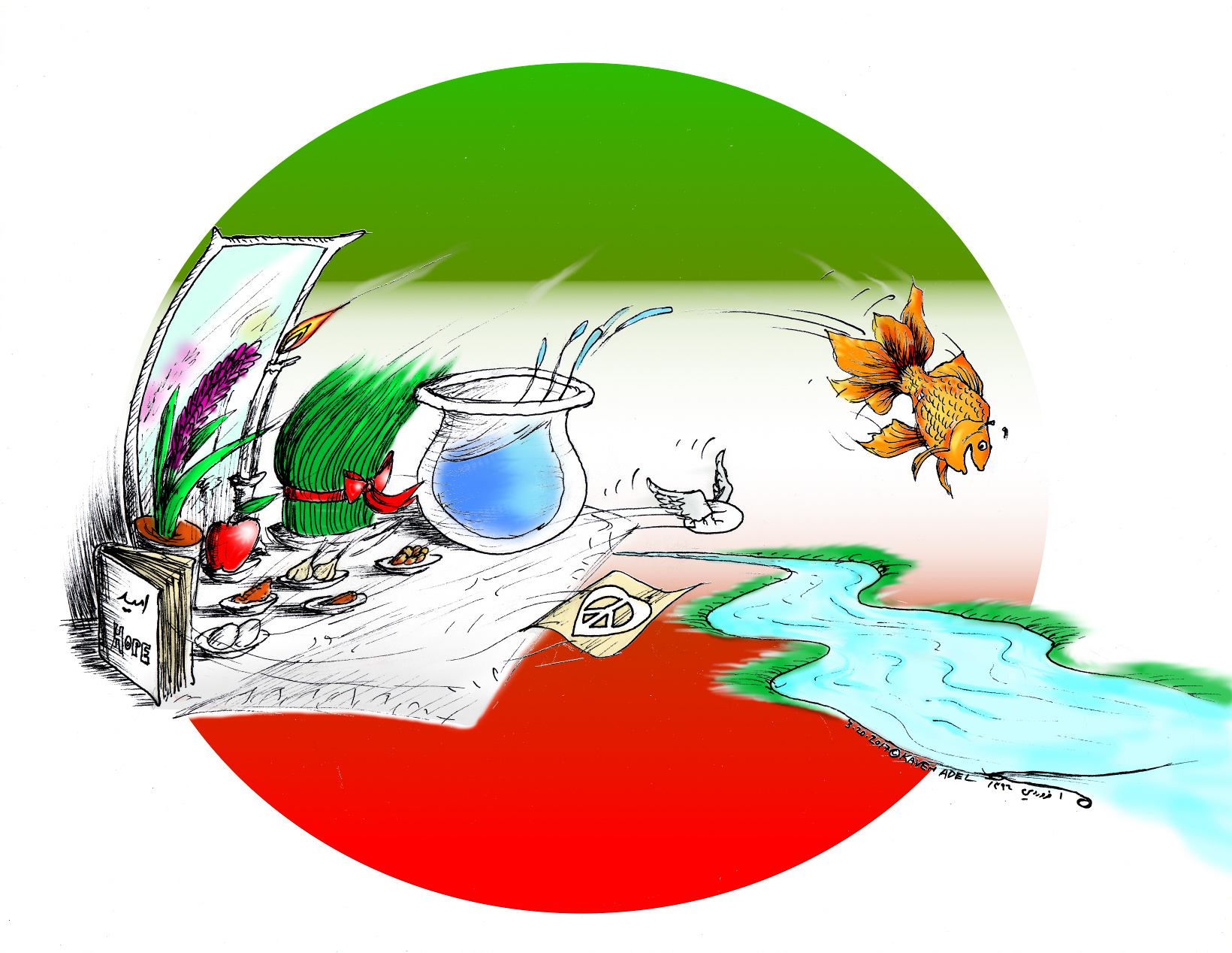 Today marks the first of Spring, a day called Norouz, a widely revered New Year Celebration in Iran and surrounding countries. Millions of people consider this day as the beginning of their year.

The spread contains at least seven items that start with the letter “S” or “SH” in Persian language.  It is a tradition that dates back several thousand years and has its origins from the Zoroastrian religion in Iran. The three pillars of that religion simply direct humans to “Think good thoughts, Speak good words and Do good deeds.”  Essentially, this preceded all the major religions in the world.

Yet the traditions are not simply religious in nature. Far from it, it is a celebration that has been a primer for kindness and hope in the modern world.  A wonderful Iranian-American author, Firoozeh Dumas captures this idea quite eloquently and humorously in her article, An Iranian Holiday That’s Perfect for Americans.

I, as a cartoonist, love to acknowledge this tradition and look at this from the angle of freedom, hope and love that extends beyond the circle of those who celebrate this. I propose letting the goldfish (figuratively and literally) swim free, the eggs to fly to their destinations flocking to where they are meant to be and words of Hope flowing unencumbered by bigotry and injustice all over the world.

Happy Norouz or as we say in Persian, “Noroozetan Mobarak” …..

My addendum is this. I say  “Noroozetan Azad”  meaning Have a Free Norouz internally as I truly wish that for all those who inhabit this planet.

It is a celebration of a rebirth. Typically a spread is placed in a prominent room in the house preceded by a spring cleaning.