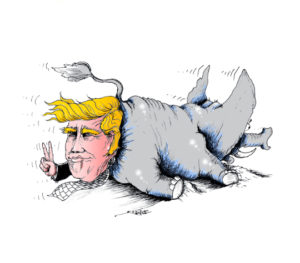 Donald Trump is the presumptive candidate for the Republican party (GOP) despite the vehement hesitance,  resistance and denial from its  members and supporters.

Apparently Karma is in full effect.

It will be an interesting election this fall in the United States!