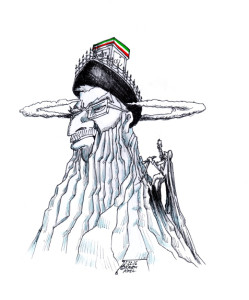 Iranians will be voting this week for the 290-seat Iranian parliament; and the 88-member Assembly of Experts, a group of Islamic scholars and jurists who basically elect the successor to the supreme leader, Khamenei, when the 76-year-old dies.

Elections in Iran are heavily controlled, in essence, by the powers-to-be who exclude the moderate candidates to keep their hardline stronghold  in the so-called political system.  For the voters it is like climbing Mt. Everest while being dragged down at each step.