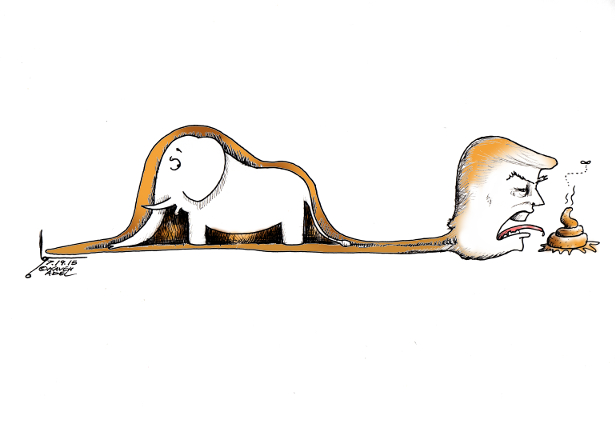 Every time Donald Trump opens his mouth it’s yet another pile.

His views on John McCain and the 5 years he was a prisoner of war expressed in vile fashion.

A child drew a snake and adults called it a hat….. because on the surface one can decipher one’s own interpretations.

Antoine de Saint-Exupéry, the French Author of the infamous book, The Little Prince, may shudder in his grave if he saw this cartoon (a clear homage to him) but sometimes the snake has a head that is not worthy of the rest of it!

To understanding and respect,