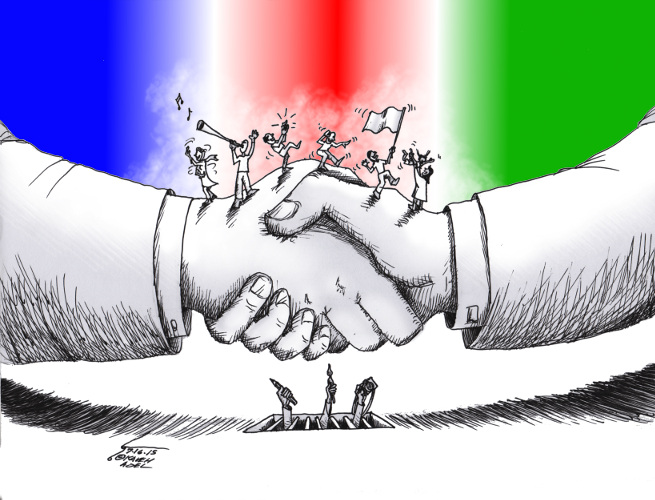 The nuclear deal is finally done between Iran and 5+1.  The agreement reached send people in Iran to the streets in jubilation and allowed the world to take a collective sigh of relief.

Of course, jubilation is felt except those who are still suffering in the Islamic Republic’s prisons for their ideas, their art, their desire to express themselves freely and be who they are meant to be.

Unfortunately, there is no deal for them.

Let us not be oblivious to their plight.  Here   you will find the list of those who are still in captivity.