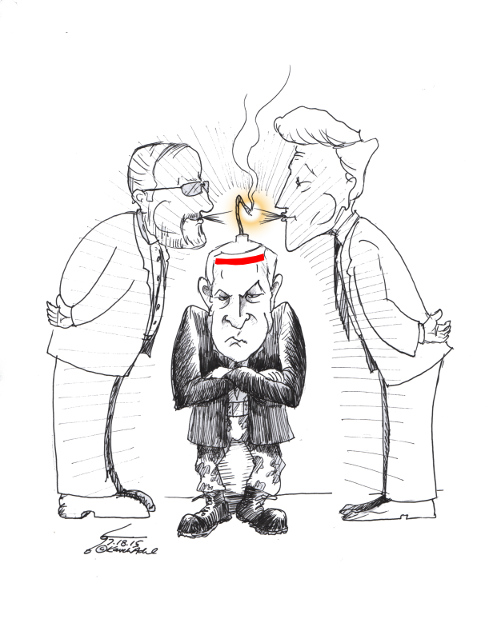 Prime Minister of Israel, Benjamin “Bibi” Netanyahu is not very happy with the results of the #irandeal  with respect with the nuclear agreement.

I guess one could say his “red” line has been crossed.

Thankfully there is no war.  And he, a former military man, is disappointed.