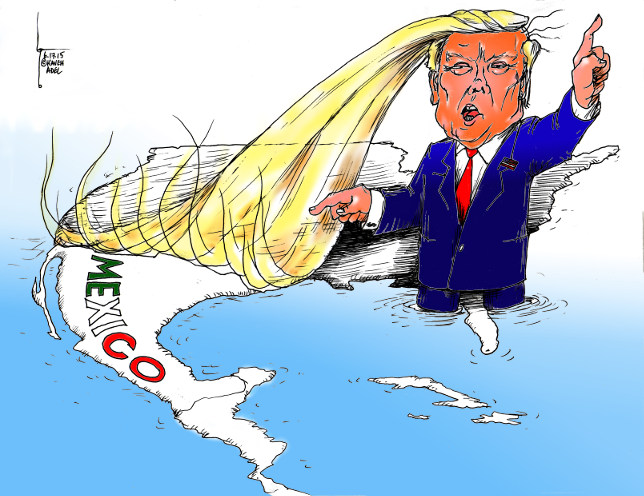 His rhetoric, rather pompous, out-of-touch and bigoted, was enough to make everyone cringe.

His America does not belong to anyone else that those he pays to applaud for him and his toupee should do nicely to prevent “Mexicans” from entering his version of America.