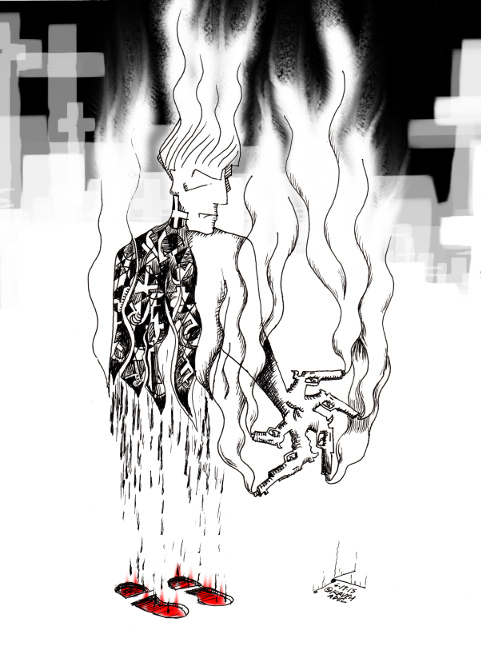 Terrorism is not exclusive to a specific region, gender, race or creed. It is based in hate, ignorance, prejudice and fear. Anyone can use the excuse of their environment, create a story and justify it with religion, manifestos and even pseudo-intellectual debate.

It is still terrorism where innocent people are harmed and killed.

Whatever the motives, guns are not the answer. In fact, less guns and more education is needed.

Dylann Roof, the shooter in Charleston who killed nine innocent people in a church to start another race war is simply a terrorist. he is no longer a human being and he will never be again.

May justice be served.