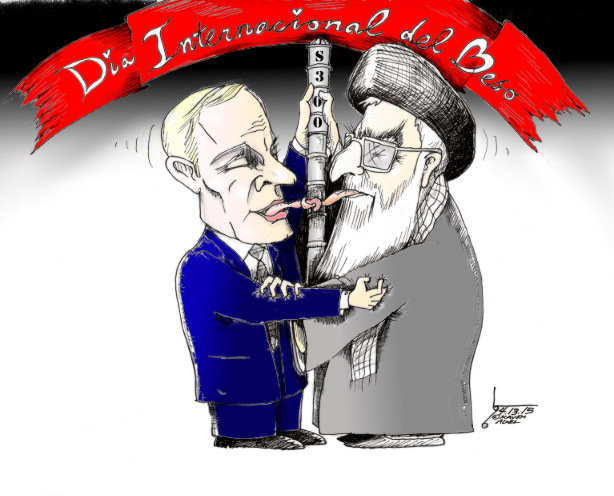 Yesterday, was the International or World kiss day (Día Internacional del Beso) not to be confused with  July 6 which is Stolen Kiss Day, celebrated in the UK and now has become the official day instead of April 13th.  This day was the recorded as the longest held kiss in history!

But, I am a day late in mentioning this because I was drawing about a political event that occurred yesterday where President Putin of Russia lifted the ban on military missile sales (specifically S300 Missile system) to Iran following the Nuclear framework agreement between Iran and 5+1.

This is a significant development that can rattle this fragile agreement framework.

Only time will tell how long this political kiss will last.

To days where kisses are held for nothing more than love, peace and caring for one another.