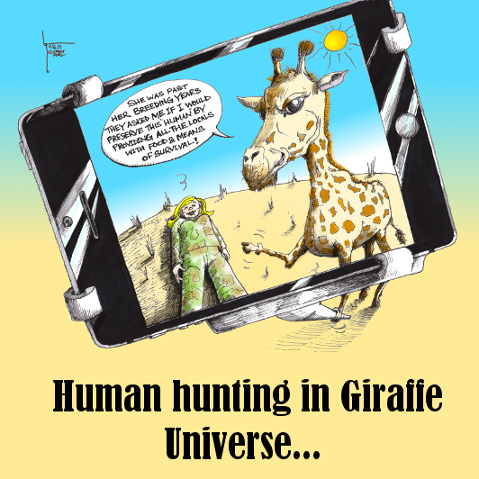 Human hunting in Giraffe Universe… captured via a Selfie stick….

I often wondered what would animals say if tables were turned and they were the hunters. What if ‪#‎giraffe‬ could talk? What would they say to the ‪#‎human‬ ‪#‎hunter‬ ‪Rebecca Francis #‎rebeccafrancis‬ Until then we humans have to do the talking like Ricky Gervais ‪#‎rickygervais‬ and millions more who view killing animals for sport or justify killing them as “conservation” as wrong and inhumane.

All we need to do is to exercise a little empathy.