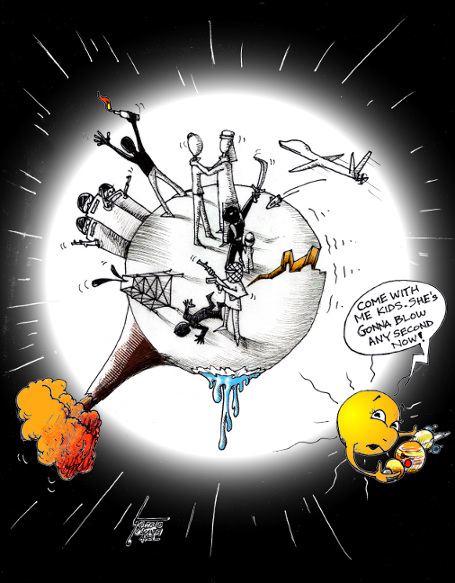 Month of April in 2015 has been a tragic one whether it is directly caused by  or indirectly affected by humans.  In either case,  Earth is angry and she is showing her dismay.

My heart goes out to victims of extremism and terrorism in Kenya, Syria, Iraq…. to innocent people affected by the conflicts in the Middle East, to the victims of Nepal Earthquake and the violent nonsense in Streets of America. Also, all those who are affected by inhumane treatment of the world we live in leading to climate change.

To mutual understanding between humans, respect for one another and most importantly the Earth.