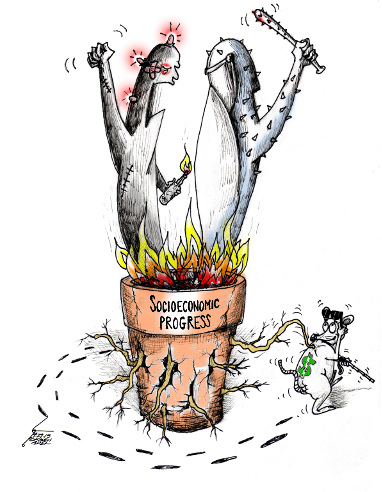 Events in Baltimore resonate with an endemic problem in America. Ferguson was another example. New Orleans yet another.  Violence…….. why would people resort to violence?

The bigger question here has to go to the core of the problem of poverty in America and why would someone have to commit to a life that involved selling drugs and getting arrested for it repeatedly…. and unfortunately unnecessarily/brutally dying for it as it happened with Freddie Gray. Crime is a symptom of systemic socioeconomic failures. The brutal response to crime is also a symptom of systemic failures. Violence and shortsighted finger pointing begets violence and the cycle continues until the roots of these problems are identified, agreed upon and dealt with in America.