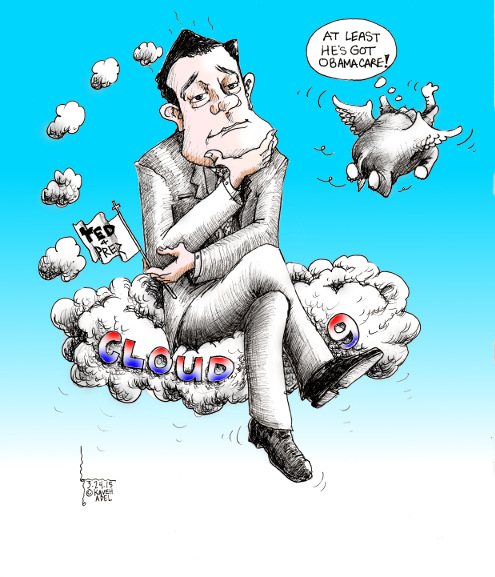 Senator Ted Cruz, Republican from Texas announced his candidacy for the President of united States in the next U.S. elections by giving a speech at Liberty University outlining his agenda. His use of the word “imagine” was exemplary!

His staunch opposition to “Obamacare” has been well documented with his 21 hour talk on the U.S. Senate. His choice to use “Obamacare” to get medical coverage for himself and his family now seems a bit odd!

Let’s not open the can of worms about eligibility to run for the office based on place of birth. Oh, wait, Donald Trump already has that opposition covered!