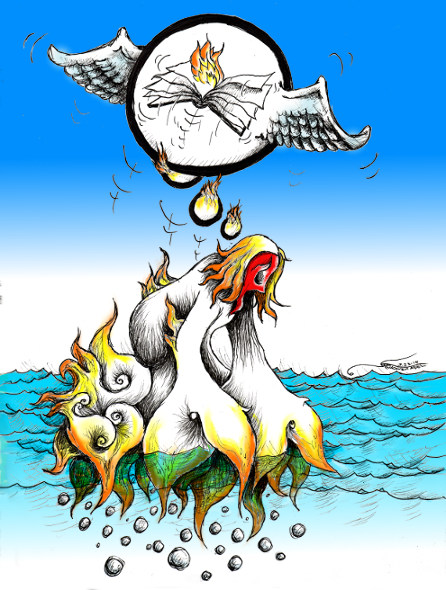 An Afghan woman named Farkhunda was brutally murdered by extremists several days ago.

Religion is an extremist’s defense against inadequate ability to reason. Therefore, any opposing view goes against a doctrine…. a book or a page, even a word is punished a most horrible death. Where words can be used to argue and bring about understanding and even when words are burnt it does not destroy their meaning.  Not so with a life.  books can be written and rewritten, not a life taken for having a different view.

Brutality of such serves as a wake up call. That there is a need to reassess our definition of humanity.

To peace and understanding between all of us despite our differences.