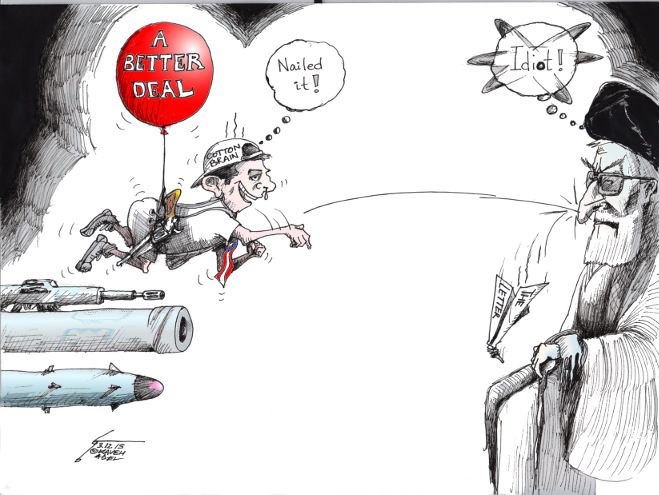 Senator Tom Cotton of Arkansas along with 46 other Republican senators sent a letter to the Islamic Republic of Iran’s leadership outlining a lesson in “American constitution” regarding the impending nuclear dealing with 5+1 being negotiated by the John Kerry. It has been a source of constant discussion in the past few days!

We are all awaiting a “a better deal” proposed by the Republican leadership than the one currently being hashed out by the Secretary of state and American allies.