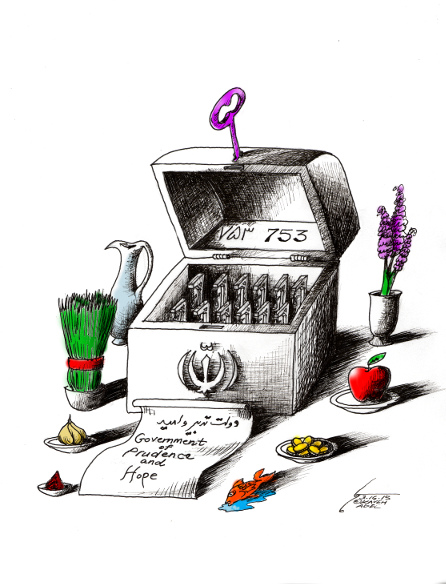 Today a report by Ahmed Shaheed,  the first Special Rapporteur of the Human Rights Council on the situation of human rights in the Islamic Republic of Iran points to worsening human rights violations with a record 753 executions (many minors) in 2014 under the government of President Hassan Rouhani (who dubbed his government one of “Prudence and Hope“)signified by his color purple and a key.

With the Persian new year, Norouz in a few days, many in Iran fear that the nuclear negotiations with the U.S. and 5+1 has cast a shadow on the on-going violations of civil rights of people in Iran.

Many will have to celebrate the Norouz and have their Haft Seens tarnished by the memories of hangings and torture of their loved ones.