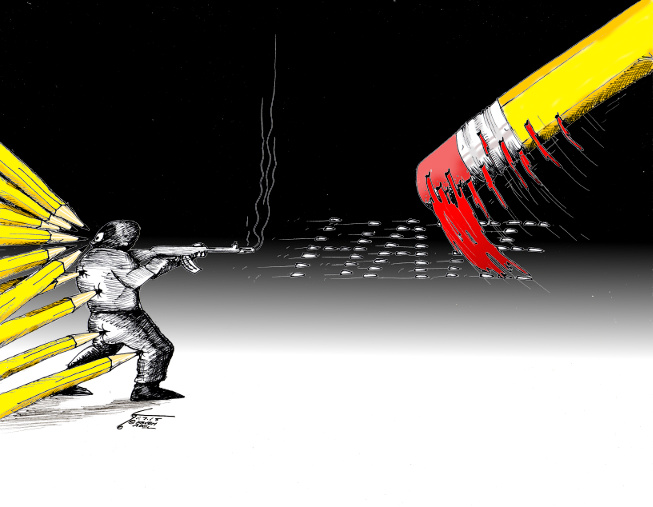 For the victims and families of the terrorist attack today in Paris at the headquarters of the Satirical Magazine “Charlie Hebdo” in the hands of Islamist Terrorists.

Today, as a fellow cartoonist in mourning, I raise my pencil and ink pens in solidarity and defiance to terror and fear.  Today,  We will Draw on and Hate will be Erased in the name of freedom.