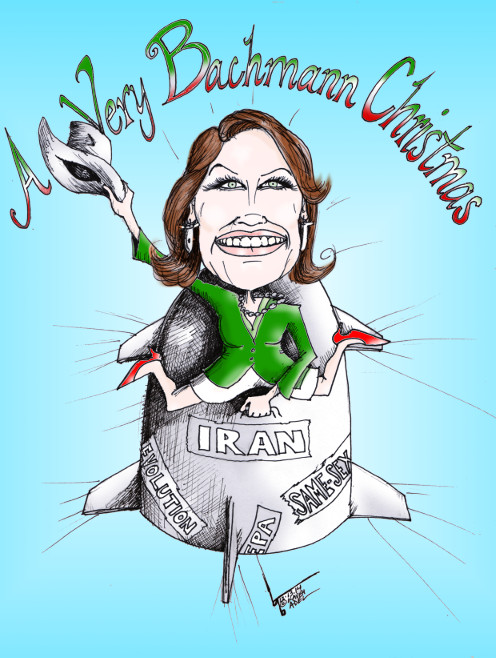 Michele Bachmann, the retiring Minnesota Representative in the United States Congress made news last friday when she took her last photo opportunity at the White House Christmas dinner by telling President Barack Obama to Bomb Iran (Iranian nuclear facilities.)She recounted her  confrontation on her interview by Bill O’Reilly (Fox News).

Clearly, as an esteemed member of the Permanent Select Committee on Intelligence and the Financial Services Committee she realizes the awesome responsibility that she has taken to serving on the Intelligence Committee and advocate for peace through strength to ensure America’s national security.

Her stance on EPA, same-Sex marriage and Evolution are a few other gems that will be greatly missed as she retires from her great service in Congress.

Somehow I am reminded of Stanley Kubrick’s brilliant masterpiece “Dr. Starngelove“….. I am not sure why!

To real Peace and humanity,