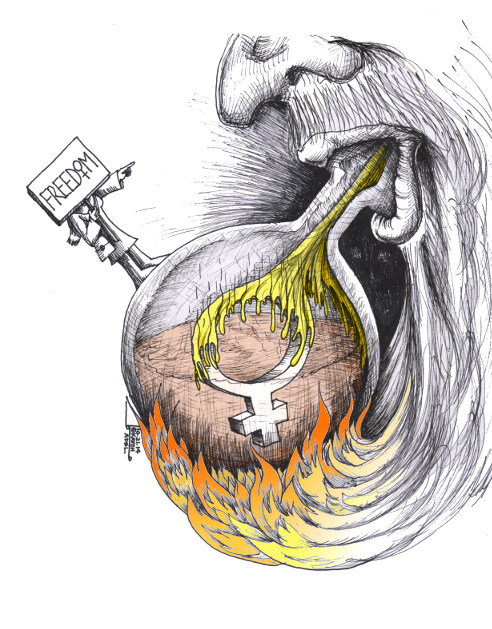 For Iranian women whose freedom of being a woman is taken away everyday.  Whose identities are wiped off  and washed away by male -dominated reactionary, dogmatic, religious none-sense by a tyrannical regime resorting to taunting the ill-educated public into savage acts such as acid throwing to dissolve the last remaining shreds of identity women have,  there is no such thing as freedom for women in Iran… it is Acidom….. needless to say that the right to have legal voices are also taken away from women as well.

Women of Isfahan, prisoners of conscience, human rights activists(like Nasrin Sotoudeh) and many many more are a few who deserve to be heard even if their voices and stories do not have a way out.

To a day when women are celebrated as the truly amazing bearers of life, mothers who gave birth to humanity, even those savages…. and maybe, just maybe they would realize that such acts are a path to their own extinction!