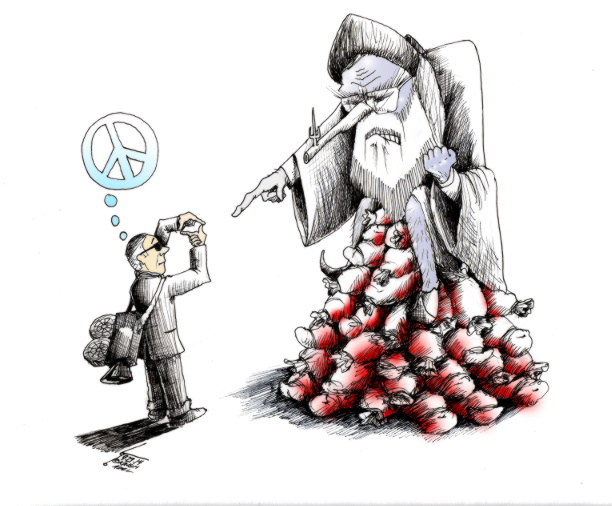 The famous Iranian filmmaker and director Abbas Kiarostami during the anniversary of Iran-Iraq war recently was scrutinized for comments he made last Year during his visit to Syracuse  about films and filmmakers in Iran (specifically Ebrahim Hatamikia) who glorified this War, “exciting” the youth into going to war and dying–a “war that had no meaning” .  Kiarostami’s films have always had a humanistic theme with a surreal concentration as opposed to the realism portrayed by other directors, like Hatamikia–who was the chief inquisitor in this incident asking for higher government officials to investigate Kiarostami’s intentions and even consider punishing him for “insulting” the memory of war martyrs in the “Sacred Defense” of the country during the 8 year bloody war.