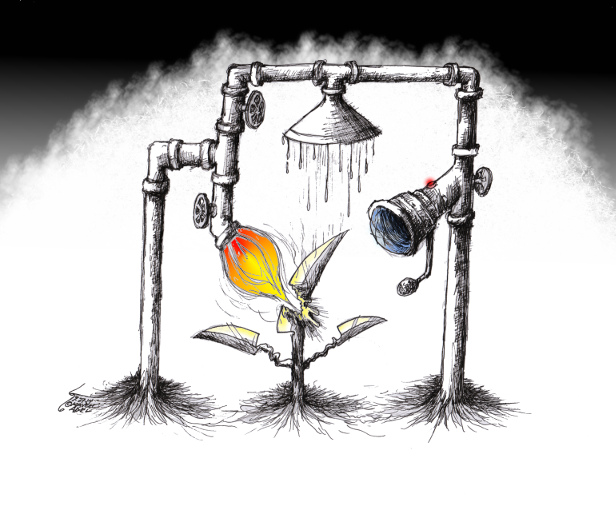 For every antagonist force in nature, life and even in politics there is an agonist.  Just as each revolution begins with an evolution.  There is a life and death.  It is created, nurtured, recorded and destroyed.

In politics today, when there is a perception of equilibrium there pops up a new antagonist. Little attention is paid that such a seemingly disruptive force had its life cycle not at all disconnected from the force that supposedly created the balance in the first place.

The violence in its creation has to be equal to the violence that ends it– an opposite and equal force. But does balance require violence enforcement or can evolution occur in coexistence?  Are as human not yet evolved enough to look beyond the fight or flight and accept a richer more interconnected interpretation of our life with others?

I am baffled at yet not surprised when drums of war begin.  It is almost a deja-vu-like orchestration of a cycle of extremism brought on by an overt force of eradication without foresight despite a previous example of the same result! Religion, economics, natural resources, autonomy, politics clashing heads, beheading one-another. Same struggle, different acronyms.

To a swift evolution,