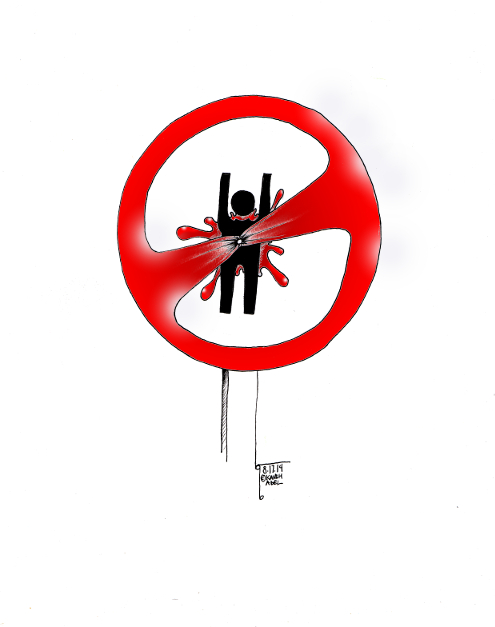 Guns and weapons silence humans. Only a few are mad and misguided but a vast majority have dreams, would love to have a chance at love, to have a home, to be counted, to just have the right to be.

Be it in the streets of Ferguson in the  US of A, or the hospitals in Gaza, streets of Europe or war-stricken Africa…… fleeing youth in Central or impoverished  South America…. Anywhere in this world.

We have to respect the sign that humanity is not just a number.

See the Cartoon titled: “Do Not Shoot” By Iranian American Cartoonist, Kaveh Adel on FACEBOOK
2014©KavehAdel.com