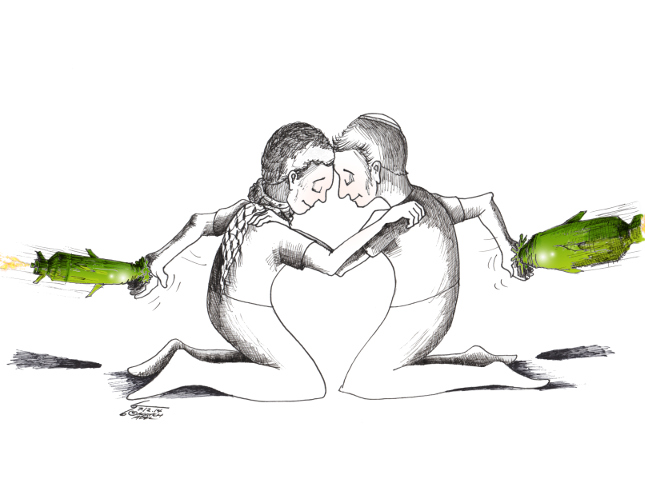 Two days ago I was seeing and hearing the news of bombardments and deaths of 100 and more Palestinians as well as over 600 casualties in Gaza and the attacks on Israel in addition to the preceding news of the deaths of three Israeli Youths and the beating and setting a palestinian youth on fire……..I had lost my faith in humanity but had to write what I felt (and I still stand by it) when I wrote this on my Facebook wall,

“There is no promised land…just land. There are no chosen people….. just people. People deserve the right to live in peace where they are. Period. Once oppressed does not validate becoming an oppressor. Humanity needs a history lesson and a reset button.”

A day later I had to draw about it.

To peace and love above all.