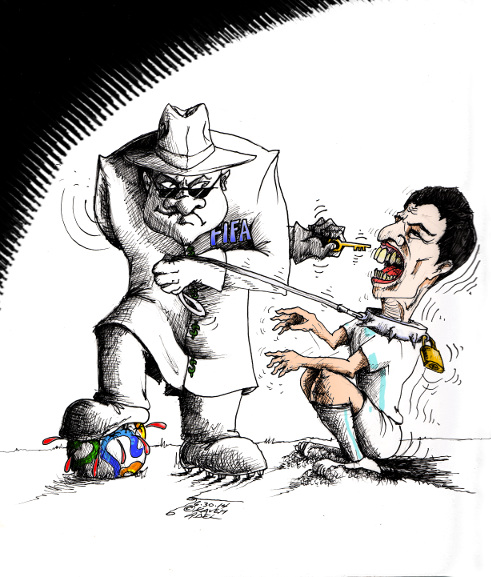 It was his third time biting another player.

#FIFA suspended him. For 4 months and 9 national matches.  Very odd.

The more we advance the more we become animals and ring leaders in our own circus.