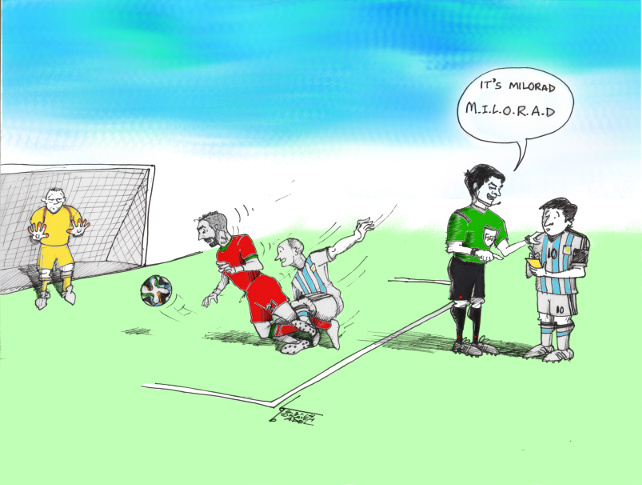 Yesterday  #Iran played against #Argentina in a preliminary match at the #worldcup2014 #worldcup The game was a very defensive one for iran and a frustrating one for Argentina.  Of course, #Lionel #Messi  socred the winning goal in injury time but there were a fair share of offensive threats as well as  a #missed #Penalty call on the Iranian player #ashkan #dejagah that was missed by the referee #milorad #mazic #miloradMazic It is #football and the final result stands. I do wonder if the referee got his Autograph from Messi while he was on the field or off.

Passionate about Football and a stickler for integrity and honesty,