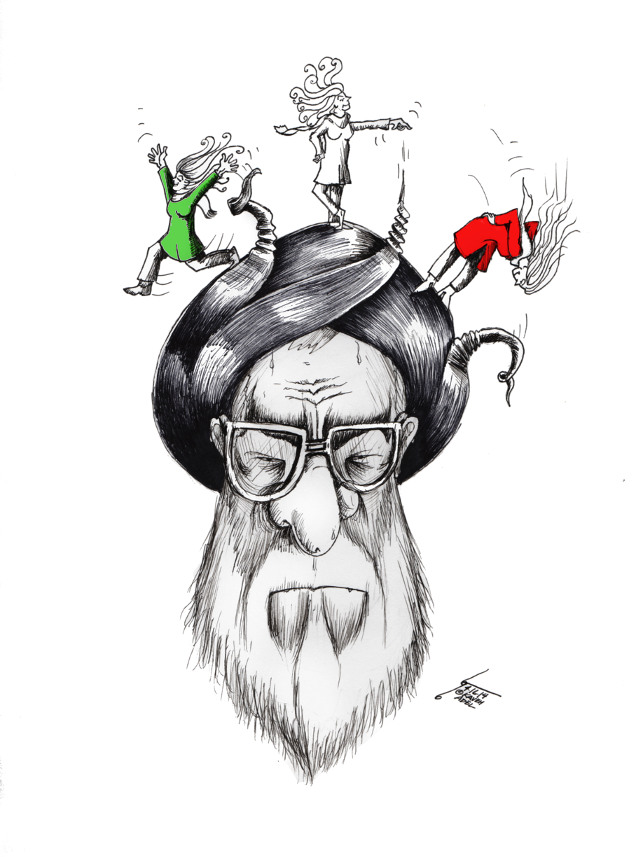 Women in Iran will be the catalyst to any change.  Their campaign called “Stealthy Freedom for Women in Iran”  (in Persian:

آزادی های یواشکی زنان در ایران )  to take off their hair covering called Hejab (Hijab) has been in full force and gaining ground especially via Social Media (twitter #myStealthyFreedom #stealthyfreedomforIranianwomen  and #آزادی های یواشکی ) outlets and there is nothing the powers-to-be can do.

It is empowering and it is about time to see a male-dominated theocratic tyrannical and corrupt system shake in their turbans.

Iranian women are known as the “lionesses” of the nation.  They have earned this through centuries of stealthy struggles.

I am hopeful that they will no longer have to be stealthy and just “free”.

To freedom and respect for all of humanity,