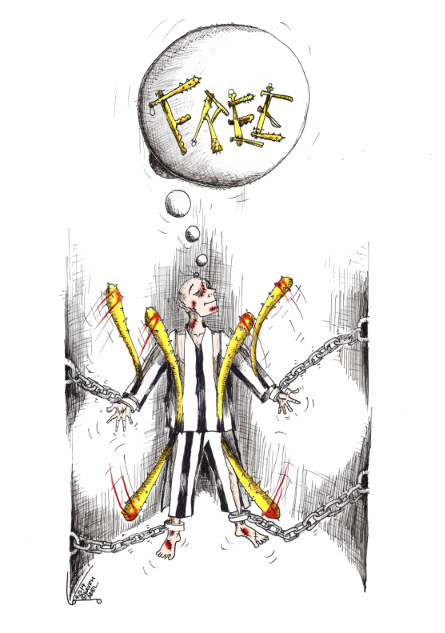 According to eaworldview “More than 30 prisoners were injured and at least four inmates were taken to a hospital outside the jail because they were bleeding or sustained fractures.” At least 32 prisoners were transferred to solitary confinement.

It was Abu Ghraib-style shake down.

So much for Mr. Rouhani’s  “Government of Prudence and Hope.”

This for those whose prison stripes do not limit their vast love for freedom of thought.  They  do not have a voice beyond their cells but their message is clear.

The idea of freedom is beyond batons and beatings.