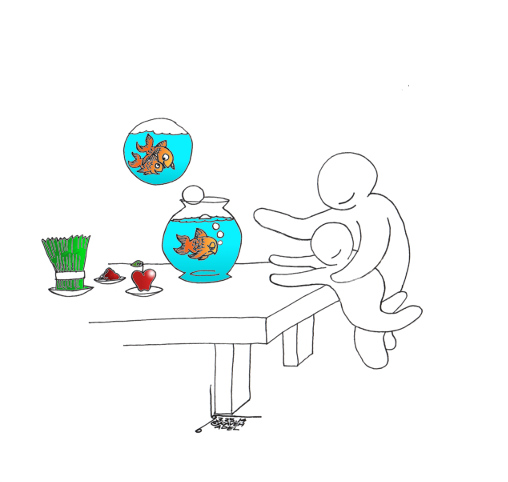 As a Child I always looked at caged animals with a sense of sadness, because I wondered “how are they feeling?”

Zoos are one of the saddest places on Earth.  A good friend of mine said the same thing a few weeks ago.  In Iran  as a child, during the Norouz (the Persian new year celebration) I remember we keep a gold fish in a glass bowl on our Haft Seen (7 S’s) spread next to the Green Sprouts (Sabzeh), the Apples (Sib), Sumac and the other S’s. Every year, I would scheme about my heroic plan to set them free. Alas, A few days after the new Year I would see them die… floating on top of the water.

This one is for the Goldfish. I am still scheming to save you.