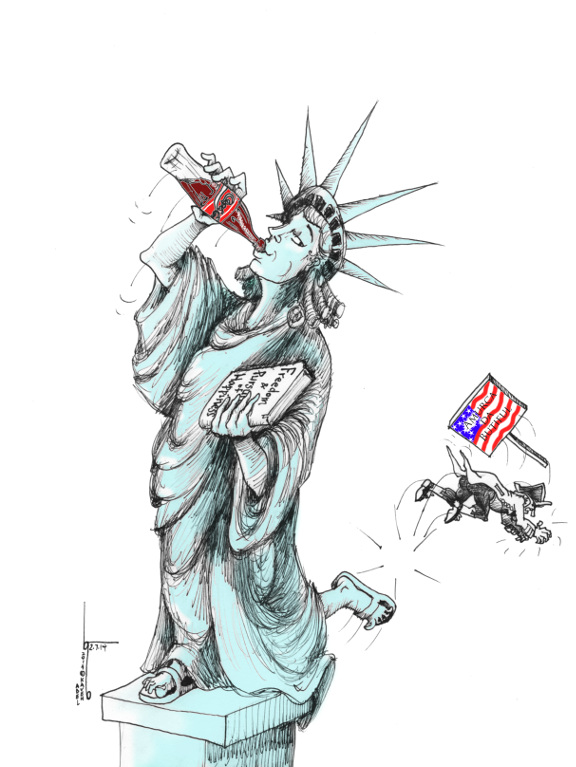 America is beautiful.  From the natives who inhabited it from the start, who spoke Algonquian language to the latest  immigrant whose dreams are in Arabic, Spanish, Mandarin……….willing to risk it all to have a life better than what she left behind.

Coca Cola aired a commercial during the Super Bowl earlier this month with the song  “America the Beautiful.”  Lyrics of this song were written by Katharine Lee Bates, and the music was composed by Samuel A. Ward. Many complained and expressed their disgust with the words of this beautiful poem being sung in other languages.   If they would have read these select lines more closely they would think twice,

America! America!
God shed His grace on thee
Till paths be wrought through wilds of thought
By pilgrim foot and knee!

O beautiful for glory-tale
Of liberating strife,
When once or twice, for man’s avail,
Men lavished precious life!
America! America!
God shed His grace on thee
Till selfish gain no longer stain,
The banner of the free!

I commend  Coca Cola for sticking to their message.  I personally do not use their products but I support the idea, scratch that, I am the by-product of this dream and am proud of my heritage that gave me the strength to overcome so many odds to be in America.   Tolerance is not spoken and practiced in only one language.
Progress will leave a few who are unwilling to embrace change behind.  For the rest, the best of America is yet to come.
To humanity,
Kaveh