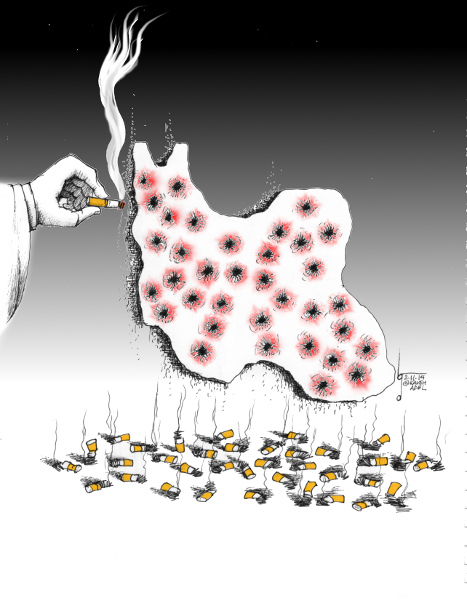 The 35 year anniversary of the state-claimed 1979 “Victory of the Islamic”  revolution in Iran was on February 11th (22 of the month of Bahman in the Iranian Calendar).

Many in Iran come out in the street to celebrate this day. Although it is very difficult to know if they are truly celebrating or are they forced, paid off, or have become so tired that a day off is what they are looking for.  And then there are many who truly still believe in the outcome of the revolution (as in the Islamic Theocratic law) That group has benefited from the revolution while majority of people are bearing the burn scars.

The abusive domestic relationships seen all over the world where the victim, despite being tortured and held captive, still shows allegiance to the instigator.  It is called “Stockholm  Syndrome.”  Is Iran suffering from a certain “Iranian Syndrome”

As a child who grew up during the revolution, I bear the psychological scars to this day. But I do not have a bond to the instigators.  The 11th of February (22 of Bahman) is a scar in my nation’s history.  I will celebrate and respect the accomplishments of my fellow Iranians who further the cause of humanity, science and culture inside and outside of my beloved country.  But, I will not allow any torturer take credit for those accomplishments.

TO a day when all human beings (including my beloved Iranians) can heal from such scars and learn to accept one another for their humanity and their right to breath, be, love  and be loved.

TO Peace and humanity,