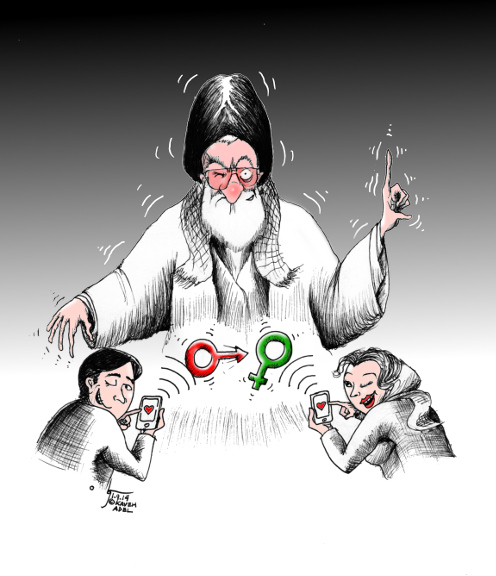 Apparently Ayatollah Khamenei, the Supreme Leader of Islamic Republic of Iran has issued a new Fatwa against regarding online chatting between opposite sexes, among many other asinine commandments!

Let’s just say he’s quite sprung over the idea while the youth continue to bypass and enjoy their hidden virtual freedoms, creatively!

To peace, love and freedom.