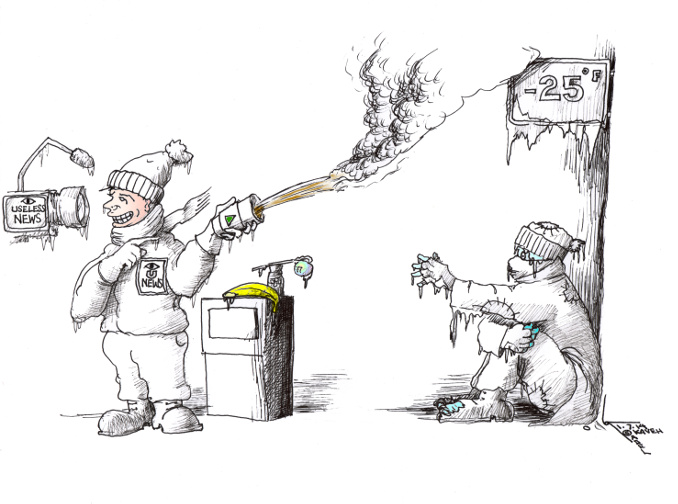 During the “Polar Vortex” and deep freeze that covered the central United States in January of 2014, especially Chicago coining the term “Chiberia” many news outlets spent their time showing the effects of the cold sub-zero temperatures on Hot Coffee and water, Bananas  and blowing bubbles while the homeless were affected.