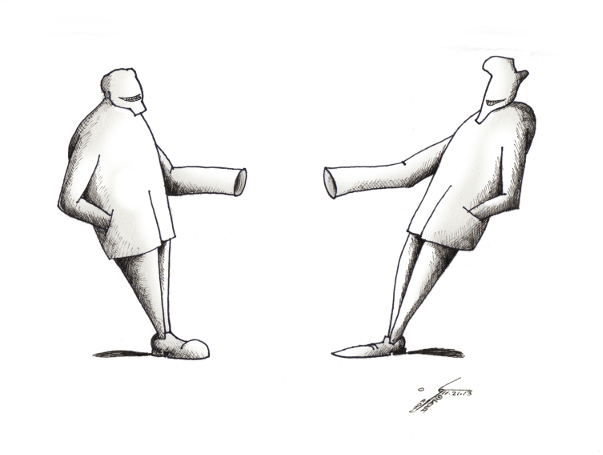 With the continuing negotiations between Iran and the US(as part of the 5+1)  there is reluctance, stubborn attitudes and pride getting in the way of real progress.

As we say in Persian “دو پا را در یک کفش کرده است”  literally meaning, one has put both feet in one shoe.

Only time will tell if this is yet another magic show by both sides or there is actual substance!

Until then, people of Iran get squeezed more and people in the West are swayed by media stories in both extremes of hope versus war.

Politics is a dirty business.