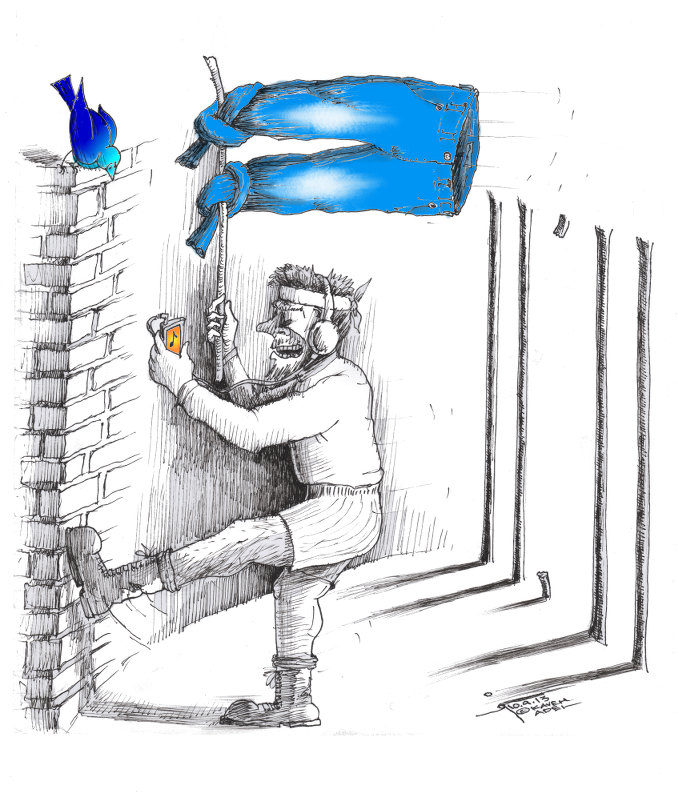 When A whole nation is reduced to dictated freedoms by an outsider, no matter how there may be streaks of truth, the ridiculousness is beyond words. Why?

People of a nation realize that their freedom lies in their own hands, minds and actions. Insulting people’s intelligence only angers them, no matter if the point made is a valid one.

One can listen to music and wear what one wishes but fate of a nation may still lie in the hands and actions of someone who has little understanding of ones own constituents, let alone one’s adversaries. Diplomacy is not dictated via denim nor drums.

To peace, respect and love among all people, including the so-called “leaders”