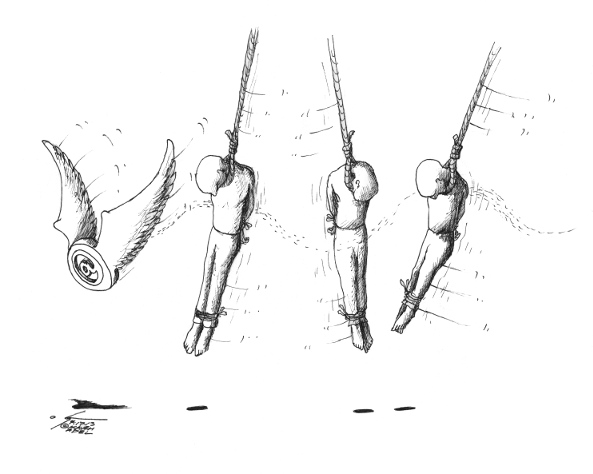 Whether it was a temporary glitch or by design, it does not divert attention from atrocities committed daily including public hangings, executions, holding prisoners for political or otherwise doctored-up charges.

Incidentally, Nasrin Sotoudeh (the famed Iranian Human rights lawyer and activist) along with 10 other Political prisoners were allegedly released today.

I am truly happy about this news but that does not weaken my resolve to sway from the cause for Human rights in Iran and elsewhere.

To the day when no one is executed and everyone is allowed to have the right to plead their cases fairly.